Strategic buyers are targeting emerging brands and chains in need of restructuring.

More restaurant consolidation is on the menu this year as private equity, public companies and other brands expand through acquisitions. Several chains — including Jack in the Box, Papa John's, Papa Murphy's and Del Frisco's — have already said they are considering selling themselves, and P.F. Chang's is set to trade private equity hands for nearly $700 million.

Aaron Allen, founder and chief strategist of Aaron Allen & Associates, told Restaurant Dive that his firm expects M&A activity to ramp up in 2019, as it has in the last two years. His firm tracked 55 restaurant deals in 2018, up from 51 deals in the prior year.

"There are all sorts of hunters and prey out there in the jungle," Allen said.

Many restaurants have expanded as much as they can organically and are looking for additional brands to allow for continued expansion, Duff & Phelps managing director Josh Benn told Restaurant Dive.

"I would expect the volume of activity to be very strong," Benn said. "I do think you'll see more and more strategic activity in the marketplace, which is a positive thing."

Buyers will have plenty of companies to consider this year from a mix of emerging concepts and struggling brands that could benefit from a new strategic direction and capital.

Jack in the Box and Red Robin Gourmet Burgers are among the likeliest acquisition candidates, BTIG analyst Peter Saleh said in a January industry report. Jack in the Box announced late last year that it would consider a sale as part of its future strategies. Saleh told Restaurant Dive that Jack In the Box is a good bet for a buyout since its financials are similar to that of Sonic, which was acquired last year by Arby's parent company Inspire Brands.

"We think there is a lot that you can change with Jack in the Box in terms of menu and marketing," Saleh said.

Red Robin has been trying to turn things around recently and hired a new chief financial officer earlier in the month, but its stock price is still half of what it was worth several years ago, he said.

There has also been growing interest in the next generation of quick service or fast casual, Benn said. These concepts could be offering something entirely new or are just doing things better in terms of quality of food, ingredients, marketing and branding, he said.

"Every new business has the benefit of being started in a period of time when technology is improved and marketing is different," Benn said. "It takes a lot of work to adapt something than starting from a whiteboard and creating a brand that is on trend and has creative marketing."

Allen said he expects a casual dining brand to be acquired because that segment hasn't been performing well.

In addition to Red Robin and P.F. Chang's, other casual brands are primed to sell. Following pressure from activist investors, Del Frisco's Restaurant Group said late last year that it would consider a possible sale and other strategies to increase shareholder value, for example.

Private equity has one of the bigger appetites for restaurants. Because of Amazon's impact on retail, private equity funds — many of which have partial or full mandates to deploy capital at consumer-focused businesses — have shied away from traditional retail, Benn said.

"There is not a ton of retail they are willing to do. They have just been more focused on restaurant transactions and opportunities," Benn said.

Volatility in the market and increased investor scrutiny can push some brands, especially ones that have struggled to grow as the industry has declined, to consider going private, Allen said. Bojangles shareholders approved a sale this month that will make the company private only three years after it went public. The restaurant, which was primarily focused on the Carolinas, struggled to increase stock prices and same-store sales.

"There is not a ton of retail [private equity firms] are willing to do. They have just been more focused on restaurant transactions and opportunities."

"When you see a lot of that pressure and it creates a short-term distraction or quarter-to-quarter scrutiny and you can take it back private again with private equity capital or other means, there are upside advantages to it," Allen said.

Being acquired by a private equity firm can come with many benefits, Allen said. These firms look to strip down costs, provide some level of strategic guidance to struggling brands and help them improve operational and management capacity or capabilities, he said.

"There are actually more companies going private than are listing publicly," Allen said.

Also playing into increased M&A activity is the fact that many private equity firms are at the tail end of their holds, typically around seven years, and have to sell assets and find a new investment, he said. Centerbridge sold P.F. Chang's nearly seven years after its 2012 acquisition, for example.

Restaurants that have gone through restructuring also are making good platforms for acquisitions, Benn said. Declaring bankruptcy can be particularly healthy for a multi-unit business, he said.

"In doing that, they cleanse the portfolio, they create a stronger business and they can focus on creating a productive asset as opposed to carrying all this dead weight. When you go through that bankruptcy process, it oftentimes will create a nice platform," Benn said.

For example, Macaroni Grill, which emerged from bankruptcy to then acquire Sullivan's Steakhouse, could buy another full-service brand as early as the third quarter.

Restaurant holding groups also are on the hunt to expand their platforms. High Buff Capital is making major moves in the segment, buying once-bankrupt Quizno's and Taco Del Mar last year. It also established Rego Restaurant Group to oversee these brands, and has plans to acquire six to 10 more companies, according to QSR Magazine. It's targeting either regional brands primed for national expansion or struggling national brands that can be brought back from the brink.

In addition, FAT Brands is expanding its co-branded Fatburger/Buffalo Express concepts in 10 locations throughout California, Arizona, Texas, Pennsylvania and Virginia, and further acquisitions will help the company continue to expand its footprint. Executives said during an investor presentation that the company plans to acquire two to three brands a year. It bought Yalla Mediterranean and Hurricane Grill & Wings in 2018.

Buyers won't be able to acquire too many brands all at once, however. The investment community doesn't like big conglomerates and prefers restaurant brands that can bring that money instead back to shareholders in the form of dividends and buybacks, Saleh said.

"The trend has been for a lot of these restaurants to spin out secondary concepts and focus on core business rather than adding distractions," Saleh said.

As American companies buy and sell themselves, foreign companies also are considering U.S. chains as a way to expand into a new market.

"Essentially, it is a way of getting immediate access to infrastructure, to talent, to people and regionalized know-how," Allen said. "It is more difficult to take a U.S. or foreign brand and plant it in a new market."

While some U.S. companies might be looking to acquire abroad as part of expansion, foreign brands also are looking to grow their American portfolios. Jollibee, for example, acquired Smashburger last year as part of its U.S. expansion. The popular Philippines-based fast food chain has plans to be among the top five global restaurant operators by 2025 and aims to have half of its sales come from outside of the Philippines.

Regardless of which companies buy which brands, M&A is by and far a strategic move whether it be to expand into a new market or help restructure the company to create a more profitable future, analysts said.

Whispers of a coming recession and the volatility of the stock market don't appear to be slowing down the pace of mergers either, but buyers are becoming more thoughtful on the brands they acquire, Benn said.

"You might see some different types of deals, but you'll definitely see a lot of deals," Benn said. 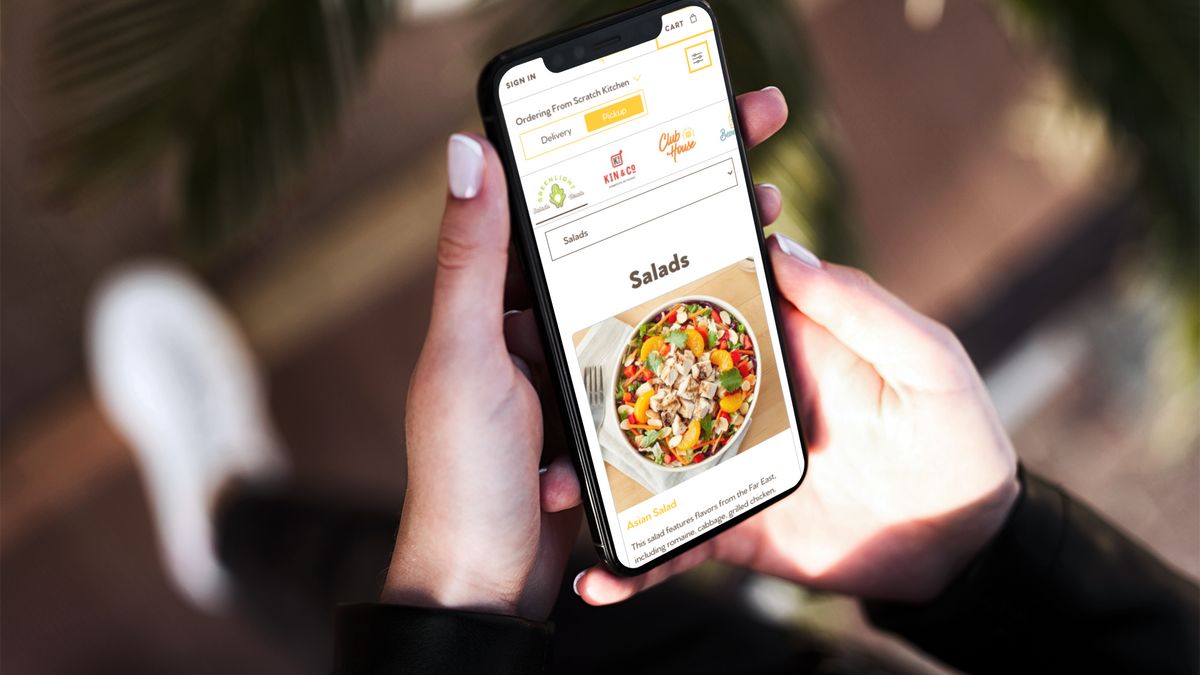 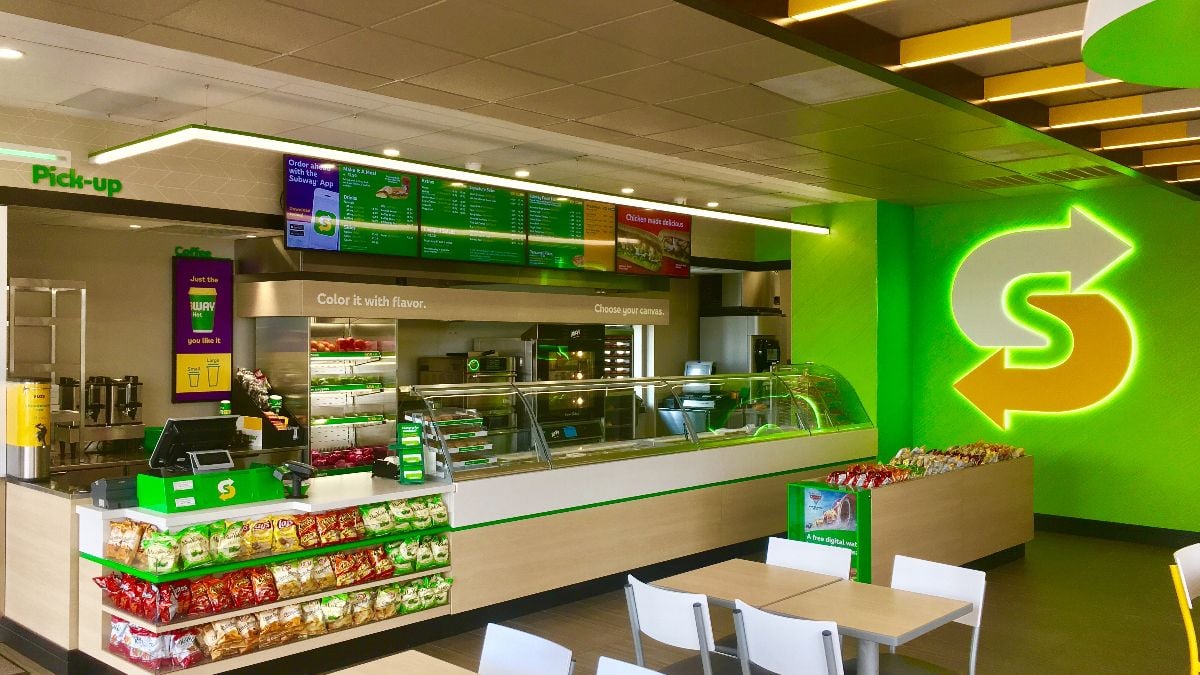 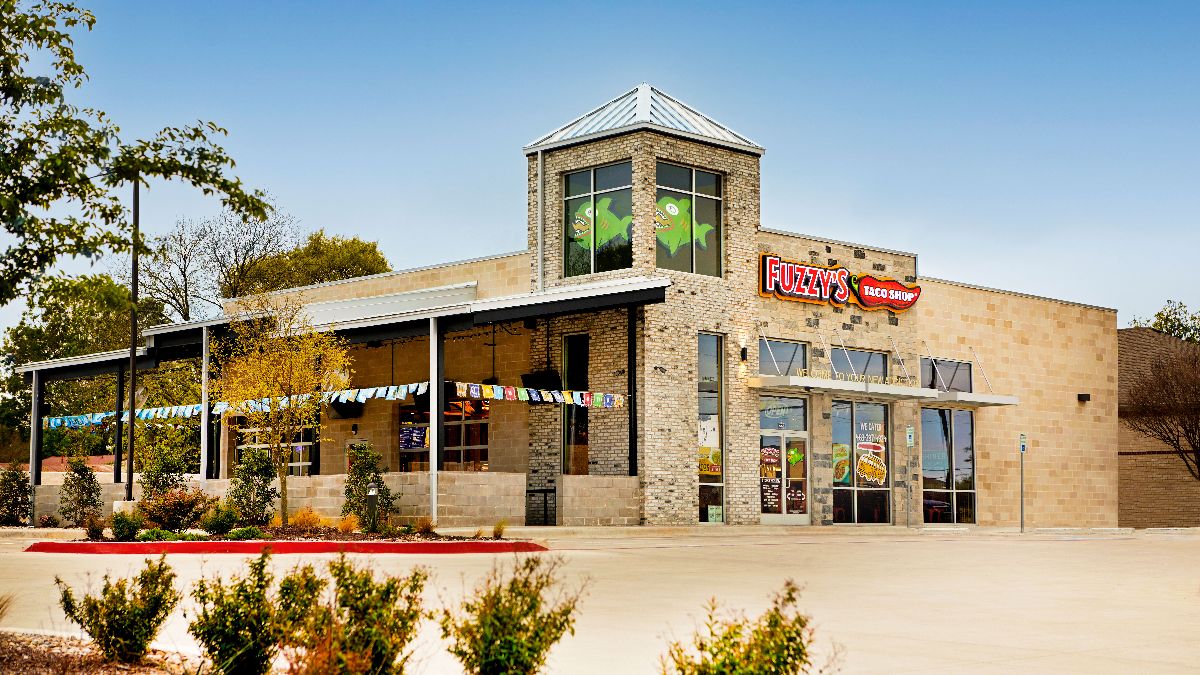 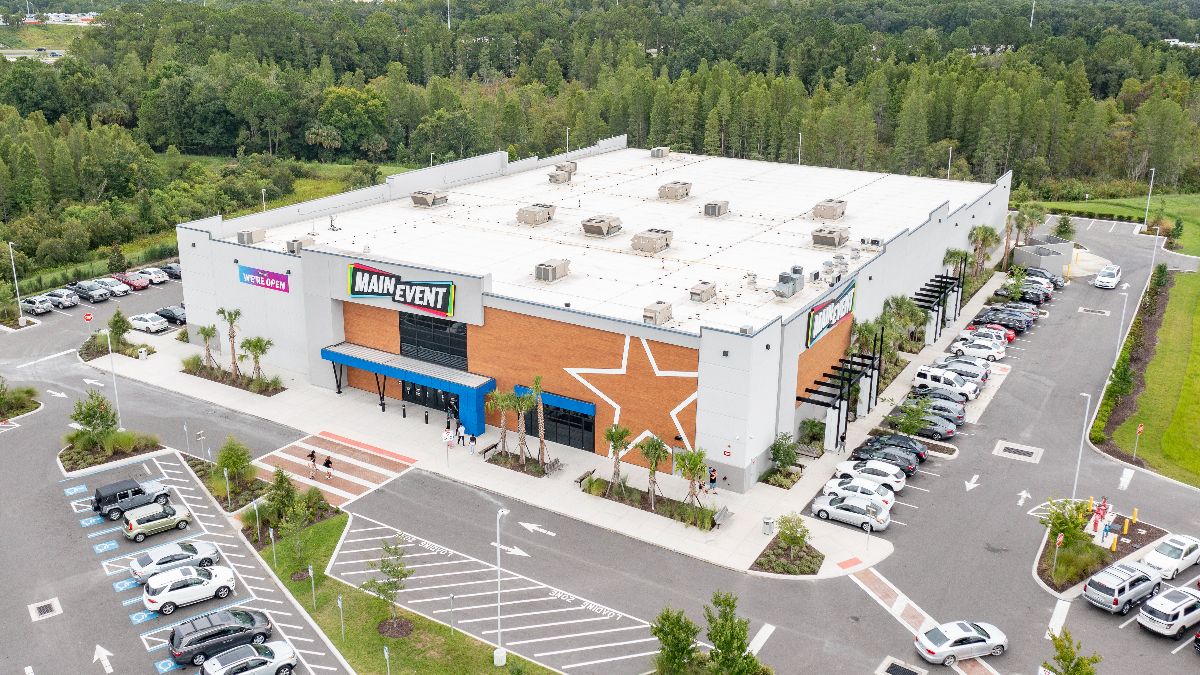 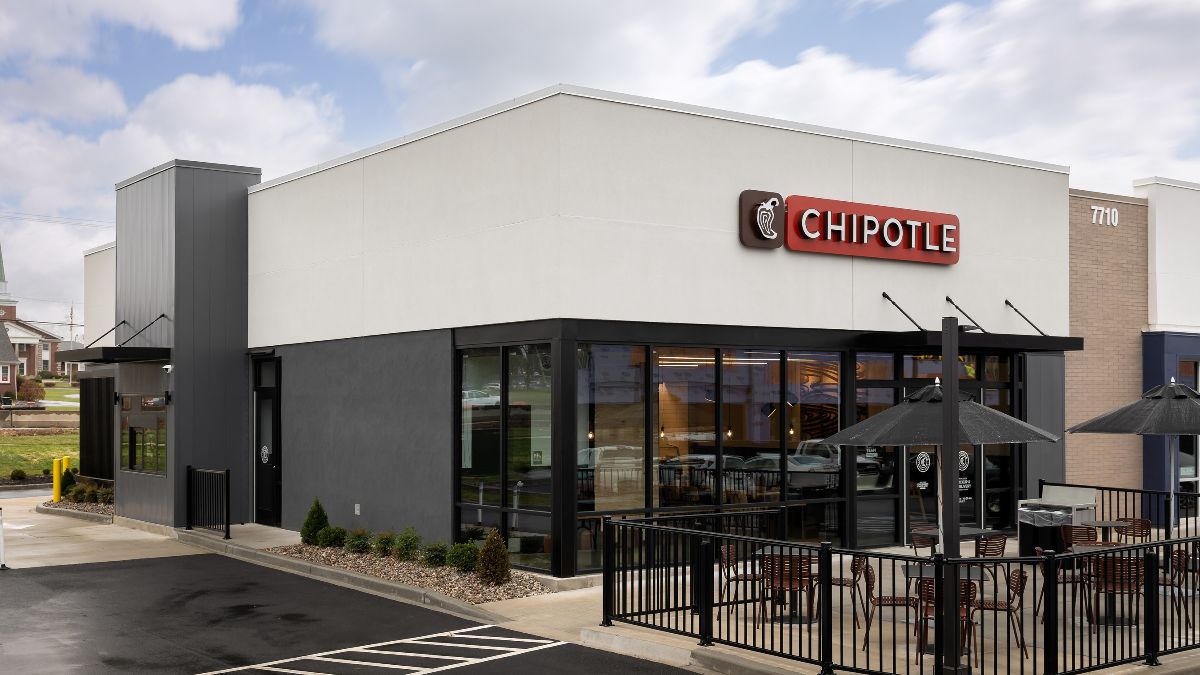 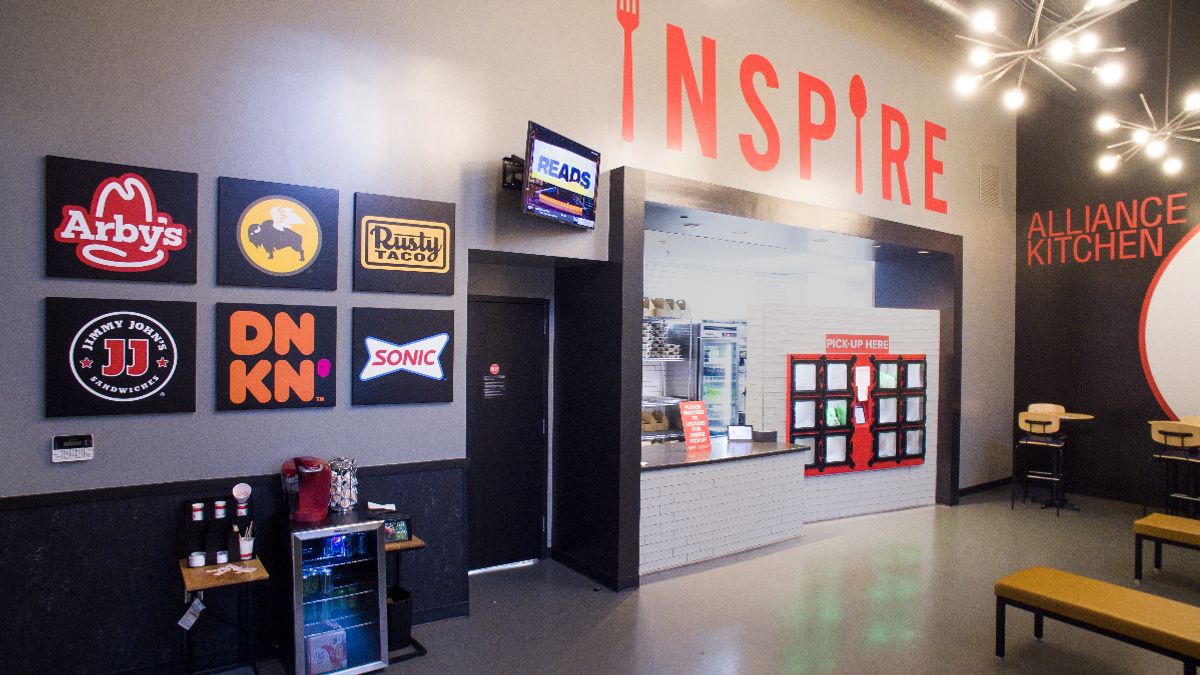 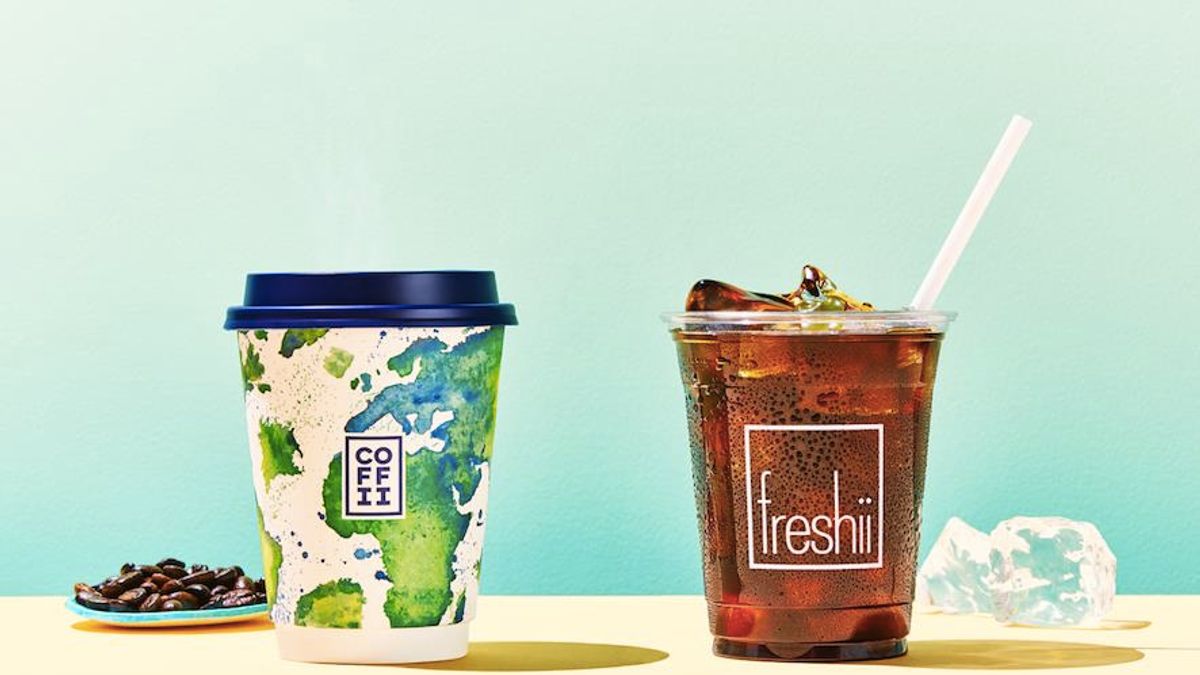