McDonald's plants its flag in the alternative meat space

The QSR giant will start testing its McPlant product line in 2021, but controversy has already arisen over which company is supplying the products.

After years of sporadic vegetarian LTOs and hints of exploring meatless menu opportunities, McDonald’s is finally taking a major bite out of the booming plant-based market — a move that could spark even more restaurant investment in the segment.

The mega chain announced the launch of "McPlant," a line of plant-based meat products, at its Monday investor day. The product suite will feature plant-based burgers, and could eventually include chicken substitutes, breakfast sandwiches and other offerings depending on market interest, CEO Chris Kempczinski told investors.

"We have a very flexible framework here. McPlant is going to be a global core menu optional item, so a market can pull that down if they think there is a customer demand opportunity for it," Kempczinski said.

Alex Jarman, research analyst at Euromonitor International, said in a statement emailed to Restaurant Dive, that rival chains like Burger King and White Castle, developed an advantage over McDonald’s by launching plant-based options earlier and pulling away vegan and vegetarian diners. However, the McPlant line could bring these customers back to the brand and win favor among diners “who occasionally incorporate plant-based foods into their diet.”

"McDonald’s McPlant line has major implications for the fast food and plant-based food industries. … By creating stronger options for these consumers, McDonald’s is opening a new channel for future sales growth," he said.

Appealing to a growing consumer base

The McPlant news is already being well-received by plant-based advocates.

"For years now consumers have been asking McDonald's to add a plant-based burger to their menu in the United States," Kathy Freston said in a note emailed to Restaurant Dive. Freston is the creator of a Change.org petition urging McDonald’s to add a plant-based burger, which has been signed by more than 230,000 people. She is also the author of "Clean Protein" and "The Book of Veganish."

"Now the hope is that this becomes bigger than just a few test markets, but a truly revolutionary change to McDonald's menu all across the country and the globe," Freston said.

McDonald’s name choice for its meat-free food line could hint at its level of dedication to the platform, according to Business Insider. The publication obtained a 2012 McDonald’s marketing guide earlier this year that states the "Mc" prefix can only be used to denote assets that "enhance the value and uniqueness of our brand."

"Now the hope is that this becomes bigger than just a few test markets, but a truly revolutionary change to McDonald's menu all across the country and the globe."

Author, "Clean Protein" and "The Book of Veganish"

"I’ve said on a number of different occasions that [with] plant-based products … we do think that this is going to be … an ongoing consumer trend," Kempczinski said on investor day. "It’s not a matter of if McDonald’s will get into plant-based, it’s a matter of when."

McPlant will forge a new path to future sales growth for McDonald’s, Jarman said, and could change the way that rival fast food chains source their plant-based offerings. Most legacy chains have entered the plant-based battle through partnerships with plant-based meat manufacturers Beyond Meat and Impossible Foods. There’s KFC’s Beyond Fried Chicken, Burger King’s Impossible Whopper and Dunkin’s Beyond Sausage Breakfast Sandwich, for example. This partnership model benefits both the restaurant and manufacturer by leveraging each company’s brand power to drive excitement about new offerings, but McDonald’s is bucking this trend with the McPlant name.

Confusion swirls over who is developing McPlant

The aftershock of McDonald’s leap into plant-based is already being felt, specifically because of confusion over who helped McDonald’s develop its McPlant formula. A Beyond Meat spokesperson said Monday that the manufacturer co-created a meatless patty with McDonald’s that will be sold under the McPlant umbrella, CNBC reports, but McDonald’s has not named any specific suppliers.

"We have a relationship with Beyond Meat, where they supported us in our Canadian test market," Kempczinski told CNBC’s Carl Quintanilla in an interview that aired Tuesday. "We haven’t made a decision yet about how we’re going to be and which suppliers are supporting our global rollout, so I don’t want to comment on that."

These contradicting reports sent Beyond Meat stock tumbling, with shares down 19% Tuesday morning, an equivalent of over $1.5 billion in market value.

Beyond Meat CEO Ethan Brown said on an earnings call Monday night that "everything I’ve said is true that we have developed a very long-term relationship with them." Brown speculated that McDonald’s may not have named Beyond as a supplier for fear of detracting focus from its investor day agenda.

"We worked very hard on developing the burger that was in the PLT, and it will be in the McPlant. But it's really up to them to say the extent of that where it's going to be, how it's going to be there," Brown said.

In response to Restaurant Dive’s request for comment on Beyond Meat’s statements, a McDonald’s spokesperson referred back to a statement by Borden during investor day presentations.

"We have created a delicious burger that will be the first menu option in a plant-based platform we are calling McPlant. McPlant is crafted exclusively for McDonald’s, by McDonald’s," Borden said.

Partnering with a major plant-based meat manufacturer to develop an offering that’s exclusive to its brand could be a savvy move, even for a chain with McDonald’s deep pockets, extensive supply chain resources and robust research and development team. Diner interest in meat analogues is on the rise, but so is their expectation for product quality and meat-like texture. Beyond and Impossible have spent years honing recipes that mimic meat’s taste and mouthfeel, making the products attractive to both meat eaters and vegetarians. Even with its many resources, it could take a lot of time, trial and error for McDonald’s to develop its own plant-based products without outside expertise.

"We have created a delicious burger that will be the first menu option in a plant-based platform we are calling McPlant. McPlant is crafted exclusively for McDonald’s, by McDonald’s."

"If this was really about eating more plants, we’d see vegetable consumption going up. It's not," David Portalatin, vice president and food industry advisor at NPD Group, said in a past interview. "What the big shift is [with] all these new meat analogues is [that] we’re defining or changing what the expectation is for a veggie burger in terms of taste and texture."

It’s also possible that McDonald’s hasn’t named a supplier for McPlant because it wants to work with more than one manufacturer. Both Beyond and Impossible have suffered major supply chain shortages in the past after linking up with large chains, and McDonald’s sprawling footprint could be difficult for just one plant-based meat company to support.

In January 2019 Impossible Foods CEO Pat Brown announced it would no longer pursue a McDonald’s deal and that "it would be stupid" to do so because of inadequate supply. Brown later walked back the statement, but told Business Insider, "We are obviously not going to commit to some very, very large scale until we have certainty about our ability to maintain supply."

Now, McDonald’s may be the company with commitment issues.

The launch of McPlant comes as McDonald’s executives on Monday credited menu reductions for shorter drive-thru times and greater profitability, which has helped drive customer satisfaction scores to an all-time high in the U.S, Borden told investors.

At the same time, McDonald’s is also expanding its chicken offerings since the category is growing faster than beef. This will include "investing in new line extensions and flavors," like new spicy offerings. McDonald’s Spicy Chicken McNuggets, introduced earlier this year and marking the first-ever McNugget flavor innovation, saw very positive customer response, and began to sell out just two weeks after launch. In early 2021, the chain will also debut a new Crispy Chicken Sandwich in the U.S., which will replace an existing sandwich on the menu, Joe Erlinger, president of McDonald’s USA, said at investor day.

"This simplified menu has helped us tremendously. … We originally did it to truly simplify the operations for our crew — we knew the challenges they would experience of staying open throughout the pandemic," Erlinger said. "We’re going to be really thoughtful and judicious as we add back to our menu… then we will continue to innovate."

Much of McDonald’s menu reductions, such as cutting specialty items and temporarily ending all-day breakfast service, has followed requests from franchisees to streamline operations. Even though the chain is now investing in overhauling its chicken platform and rolling out a new suite of plant-based menu items, operators may not mind the shift because these products are strong sales-drivers.

"Our franchisees are excited about it and we're looking forward to this launch," Erlinger said of the new chicken sandwich.

It’s unclear if operators have the same fervor for new plant-based products, or if these menu items could complicate back-of-house makelines, but analysts are bullish on the category’s fiscal opportunity.

"We estimate a potential $100M US opportunity and $150M (or more) globally," Piper Sandler analyst Michael Lavery wrote in a note to CNBC Tuesday. 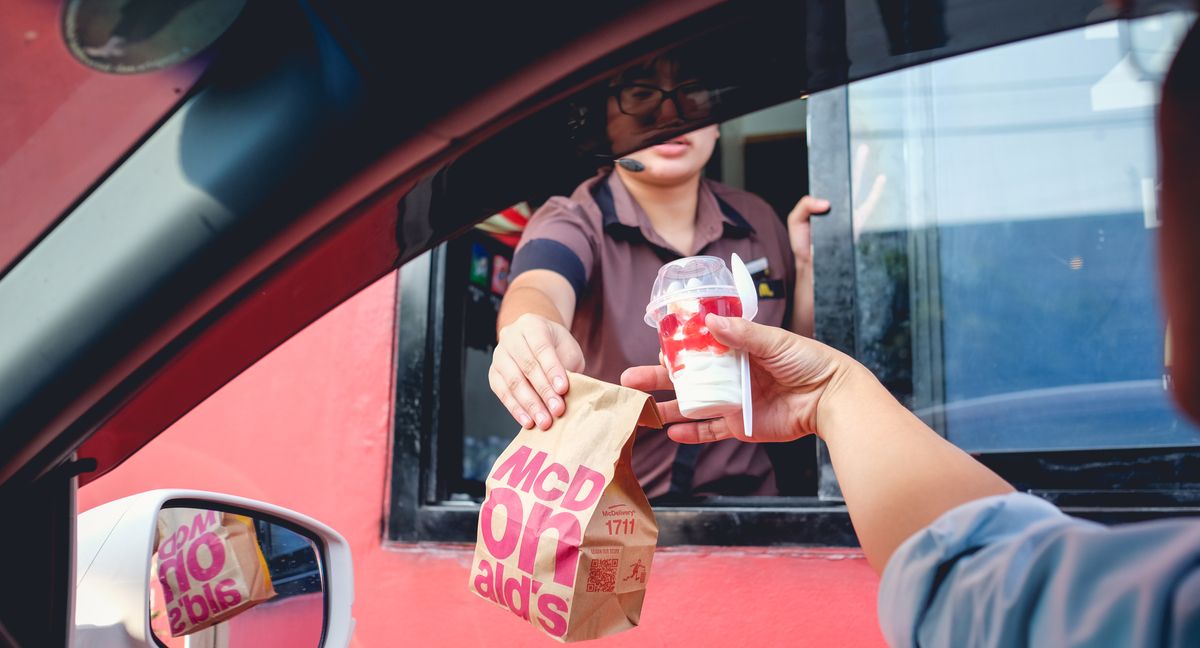 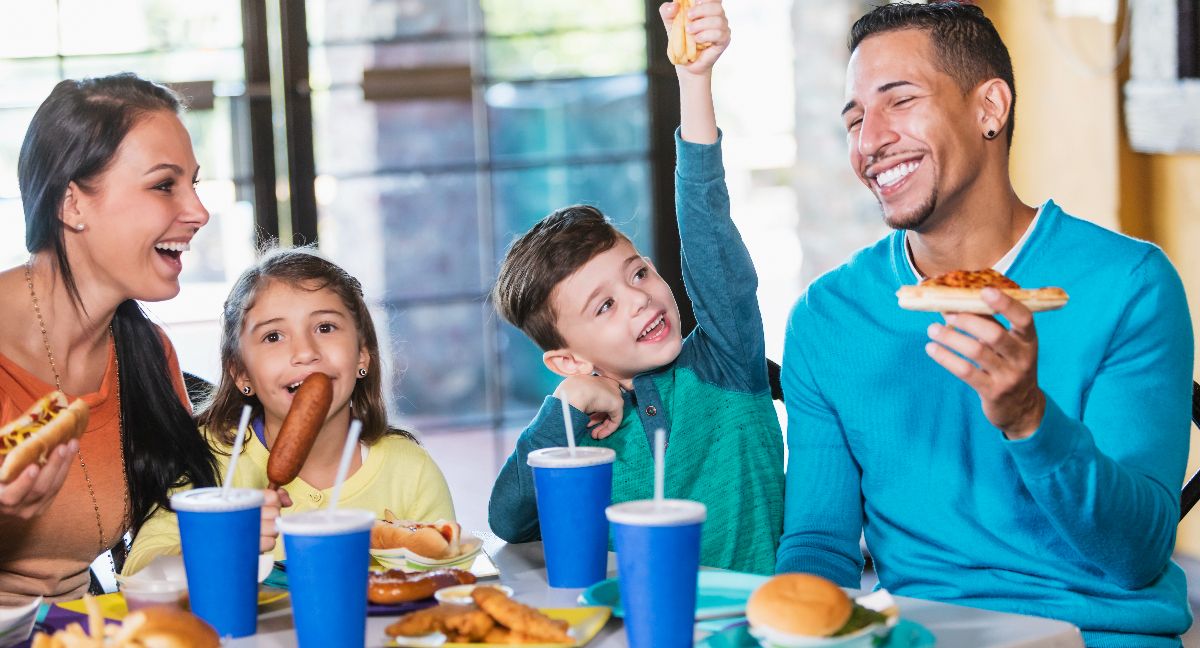 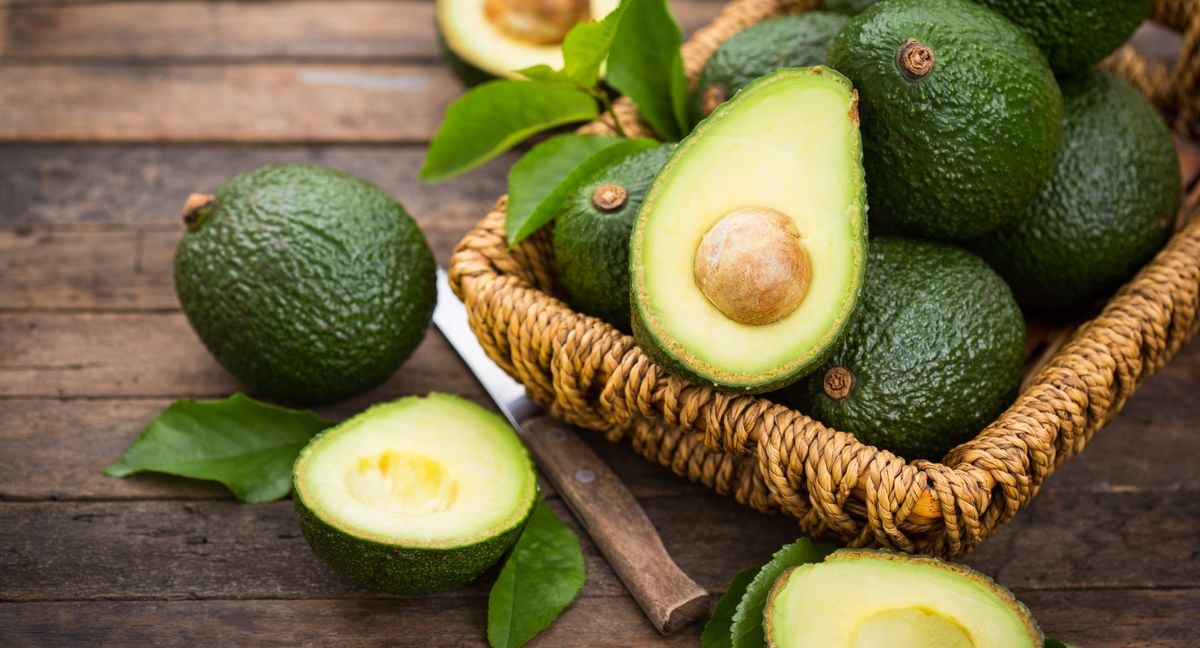 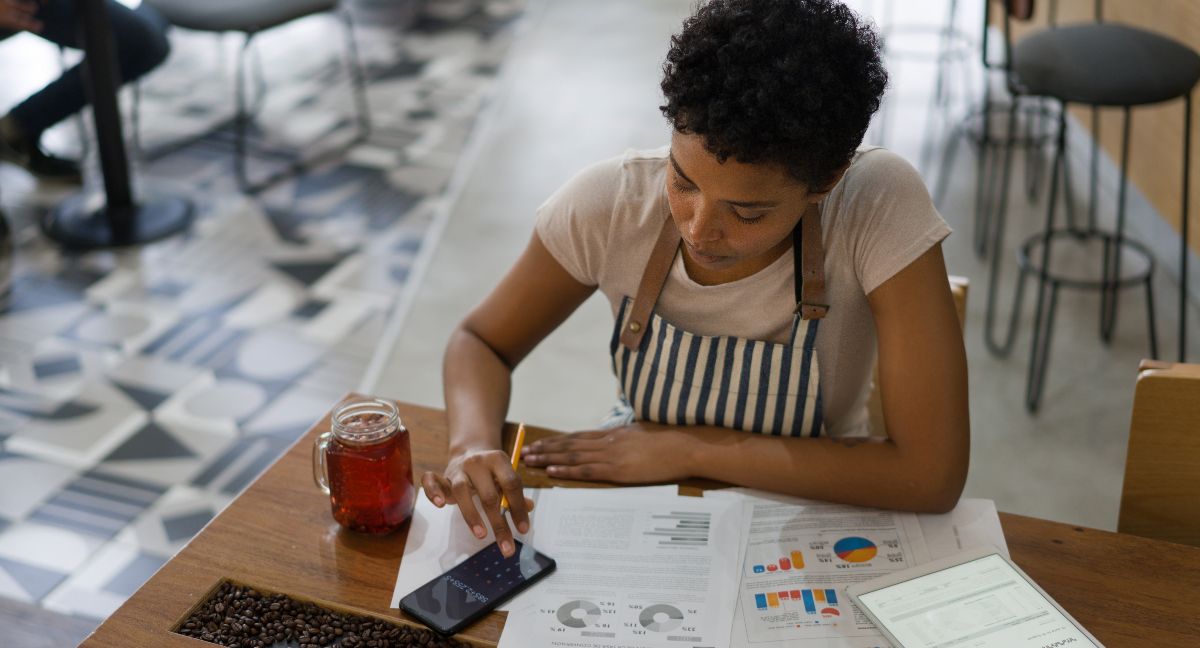 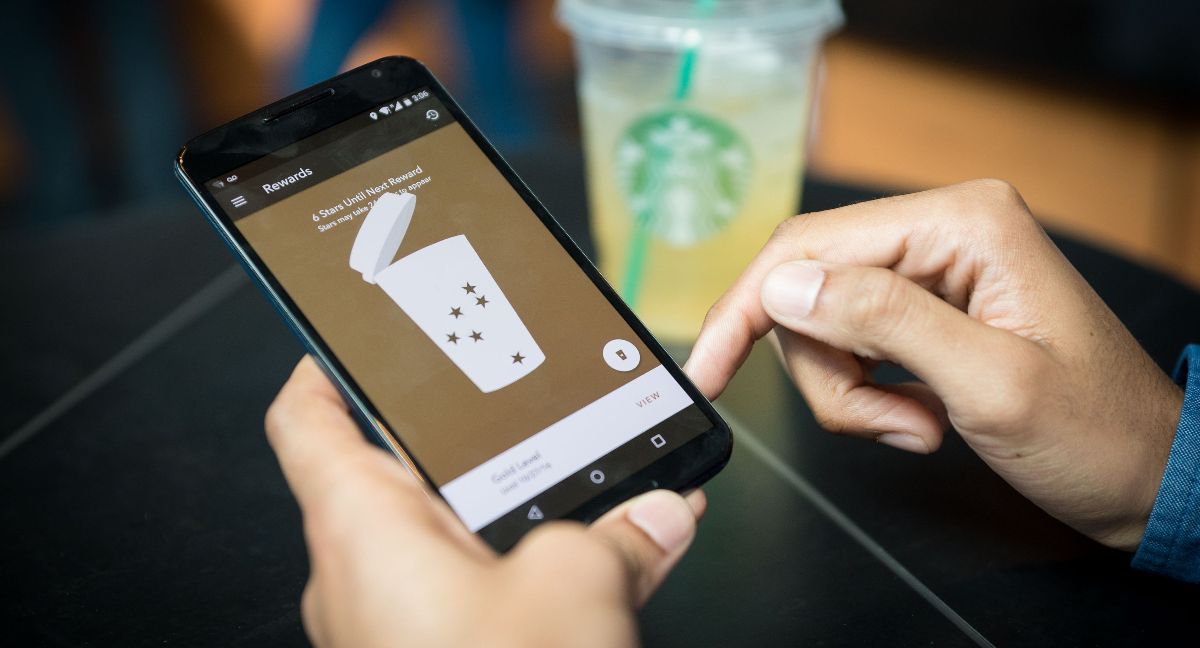 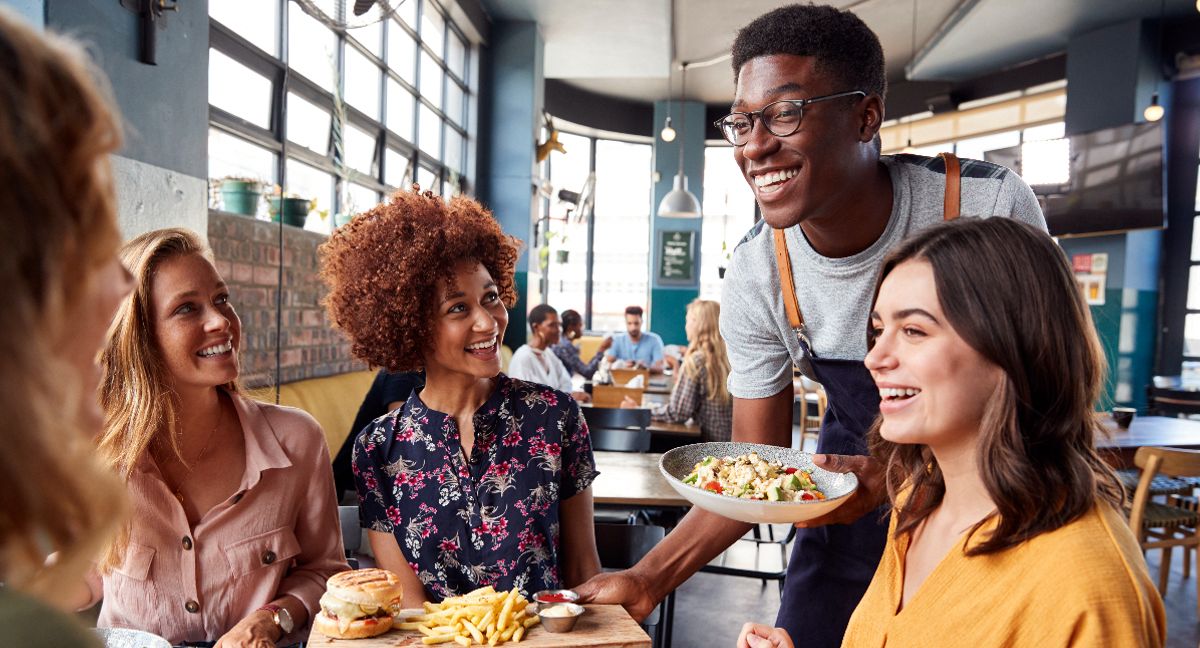 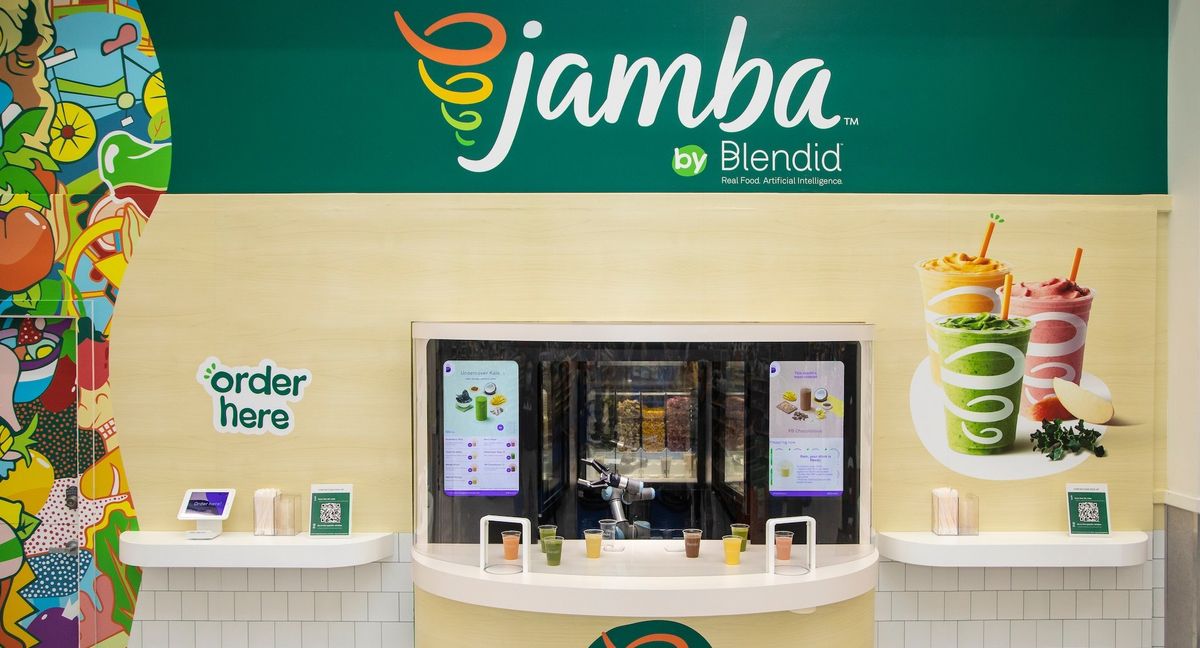 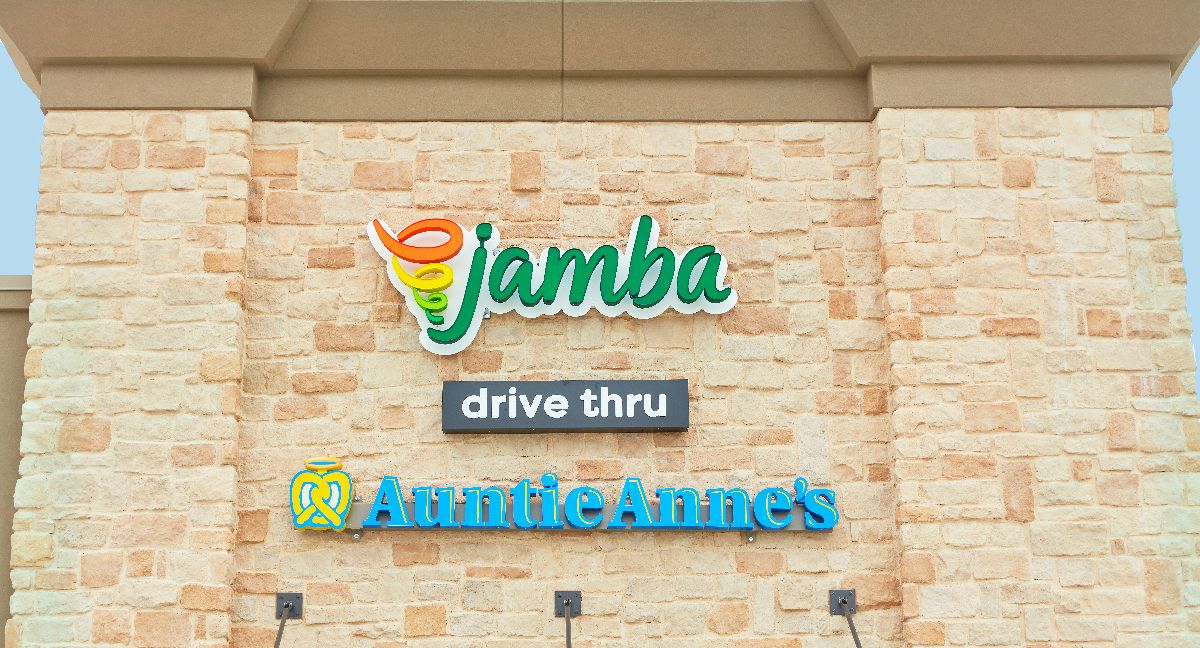