The chicken chain is expanding beyond its stand-alone drive-thru stores to add urban units, and continues to roll out its American Showman design updates with franchisee support.

Lunch Break is a series of Q&As with restaurant leaders about how their brands are overcoming industry challenges.

For KFC, 2019 marked major expansion milestones. Last year, the fried chicken chain reached more than 2,200 restaurants — over 50% of its U.S. system — with its "American Showman" redesign. In 2020, the company aims to bring the American Showman design to 70% of its American footprint.

These store concepts will better position the chain to capture delivery and mobile order pickup sales, and will help KFC access a new consumer base, Cahoe said. The chicken chain is also exploring nontraditional formats, such as travel centers and Walmart stores, to anchor its restaurants in a bid to grow brand awareness and expand its market reach.

Still, even as KFC moves to modernize its operations with new back-of-house equipment and digital drive-thru board tests, the company is leaning into the chain's early symbols — its iconic red and white striping and imagery of Colonel Sanders — to differentiate from the more muted designs of peer QSRs.

This interview has been edited for clarity and brevity.

RESTAURANT DIVE: How are KFC's urban inline stores different from its standard formats, and is this part of a larger urban expansion strategy?

BRIAN CAHOE: This is the first urban inline with our American Showman design.​ Our system is now predominantly freestanding drive-thru. We certainly see urban inline stores as potentially a big part of our expansion as we go forward. We're underpenetrated in the urban space and with the population density and the diversity that's in that space, that's a consumer that frankly can't always access KFC conveniently today. We want to make ourselves accessible to that consumer.

We've got that first location open and we've got pipelines in some of the major metro areas: Chicago, Los Angeles, more in New York, Boston, et cetera. So expect more of that in 2020 and we'll learn as we go. Certainly one primary difference is the absence of a drive-thru, which changes the operating platform as well as how the consumer accesses the brand. The consumer is typically also behaving differently from an occasion standpoint. You've got more potential for a grab-and-go, kind of on-the-move consumer, which is a different consumer than a dine-in or drive-thru consumer. So we look at it as a big component of our experience strategy as we go forward.

Delivery/off-premise is a huge occasion that the entire industry is looking at today. Clearly in these urban environments with the density that we're talking about, delivery and mobile order pickup is going to be a big part of how the consumer accesses the physical space as well. So we're keen to see how that part of accessing the brand in these urban environments supports the business model.

Are the urban stores designed specifically with delivery and mobile ordering in mind?

Cahoe: We've separated the queue line for a normal pickup order ... from kiosk ordering, which we're just now testing in locations in Louisville, Kentucky, but our intent is to expand that test as we go forward. The urban environment that we're talking about would be ideal for that. You would separate access to the kiosk from the normal pattern as well as have a separate pickup zone for the delivery or mobile order so that the delivery driver or the consumer can skip the line and go straight to the pickup area. That's all built into our design thinking and obviously as we open restaurants and assess the flow and see if we've got bottlenecks and those types of things, we'll continue to adjust to ensure the efficiency for the consumer.

Where are the majority of KFC transactions coming from? Is off-premise becoming a bigger slice of the pie?

Cahoe: I think off-premise has been the majority of the pie for us for some time, but that's largely because of the drive-thru. Like most QSRs in our peer group, the majority of the business is through the drive-thru. So as you layer on delivery and things like mobile order or click-and-collect order, I think we expect that that mix continues to drive a bit toward off-premise. Too early to say how significantly.

Has KFC considered ghost kitchens as part of that exploration into nontraditional formats?

Cahoe: We are exploring that. I think for us it's just the balancing of where we're at in the journey and what best fits consumer needs with the brand proposition today. The urban inline is a good example of that. We're going to get delivery learnings out of these openings in that urban environment, and that's going to help us inform whether something like a ghost kitchen in the near term could play a role given the density that we're talking about. The best part of it for KFC is that our brand is made to deliver. It's a very portable, well-traveled product. So we're really excited about the potential of any of those types of formats

You mentioned KFC's flagship store in Louisville earlier. How have the technologies you've been testing there performed so far?

Cahoe: The restaurant itself is performing very well. We opened the restaurant with some menu modifications as well … that are now more in the public domain. Things like Kentucky Fried Wings, which we launched [in 2019], Kentucky Secret Recipe Fries, which we're testing in market now that's been out in the public. So we've had a little bit of menu learning along the way. The consumer reaction has been fantastic.

Our intent is to export the things that are working to some of these other asset formats that we're talking about. Something like kiosks for us has a potentially really good fit in that urban inline type of environment where you don't have a drive-thru and all of your traffic is typically going to be foot traffic. So I expect that we'll be testing in those types of locations next year.

How do the American Showman design elements differ from past store formats?

Cahoe: American Showman started with a holistic look at the business with our franchise system. It certainly started foundationally with a strengthening relationship with the franchise system. That was really the foundation of all this. Over the last few years with KFC in the U.S., the first outward sign was the advertising campaign with the Colonel — we've had many Colonels over the last year.

And the second most visible and most public thing was the re-Colonelization effort on operations. We really focused on original recipe and that cherished chicken on the bone product. We went through an extensive equipment rollout in the back of the house and went through extensive training programs through this system ... that was a necessary reset for us as we had a lot of innovation in the hopper from a new product standpoint. We needed to have the right equipment and flows and consistency in the system to be able to launch those types of things. As you flash forward to where we're at today, everything from the [Nashville Hot Chicken & Waffles] to the Mac & Cheese Bowls and Kentucky Fried Wings, whether LTOs or core products going on the permanent menu, those innovations were unlocked by that earlier equipment investment across the entire system. ​​

The more visible parts of the brand turnaround from an asset standpoint was the physical design. American Showman for us is just an expression of the DNA of KFC and an expression of the Colonel and his values and principles. On the one hand, he's the world's best and most famous chicken salesman. On the other hand, he was a very pragmatic, do-it-the-right-way type of individual. So you had that dynamic personality that really helped inform our design. We partnered with the franchise system and FRCH Nelson, our design agency, and developed American Showman. We're not hiding from red and white. That iconic color and striping is a big aspect of American Showman from an exterior standpoint. If you think about the suburban QSR landscape today, many brands have gone the opposite direction. They've really toned down the exterior to kind of a bland, tan and earth tone type of look. We intentionally went the other way to recognize the boldness of the brand with our red and white … and the colonel's at the forefront, whether on signage or the interior some of his quotes that are still relevant today. We're using the brand icons in a playful, spirited way.

As you get to the front counter, it's a little bit more of the Colonel's pragmatic side. We're an in-store prepared brand, and we always want to remind our customer that we're dealing with fresh chicken that’s hand-breaded in the restaurant. We've got chalkboards at the front counter that tell the consumer who's cooking in the back of houses on that shift and where their chicken came from. So little elements like that play up the quality and the in-store prepared aspects of the brand as well.

How do you balance these changes to the stores with franchisee expectations?

Cahoe: You wouldn't get the volume of activity that we are with the type of challenges you're talking about. First and foremost, it starts with the franchise relationship … that has been a fundamental part of this. The strength of the relationship with the system has been not just maintained but strengthened as we've started this.

You won't get much traction in any remodel program without that relationship foundation in place. We partnered with the system and brought them along and had alignment on the design itself. If the franchisees don't like the design, you're going to have friction. Fundamentally, the cost profile is always part of the equation. We did our homework up front. We spent a large part of our efforts early on not just on the outward appearance or design aesthetic, but the cost profile of the scope of that remodel design and we had some commitments that we achieved [with] the franchise system on what that was going to look like.

KFC has also recently placed stores in travel centers and inside Walmart. Are nontraditional formats going to be a key aspect of expansion in 2020?

Cahoe: The nontraditional formats for us are early days, but they'll continue to become a bigger part of our new build portfolio and pipeline as we go forward. In the near and mid-term … free-standing drive-thru is still the predominant pipeline for KFC. But these other format will start to grow if not accelerate as we go forward. The urban inline plugs into the category, an endcap without a drive-thru falls into that category. We've also opened endcaps with drive-thrus in a strip center this year. So for things like airports or inside of Walmart or even in a travel plaza or a truckstop ... there's a more captive aspect to those locations and those typically have a slightly limited menu versus a traditional restaurant. At a high level, that's the distinction for us.

The reality is that the landscape is not static. Availability of land and cost of real estate make it extremely difficult to build a new freestanding drive-thru. If you want that consumer to be able to access your brand, these formats are the way for us to penetrate [new] areas and ensure that we're relevant and convenient for those folks that can't access us. 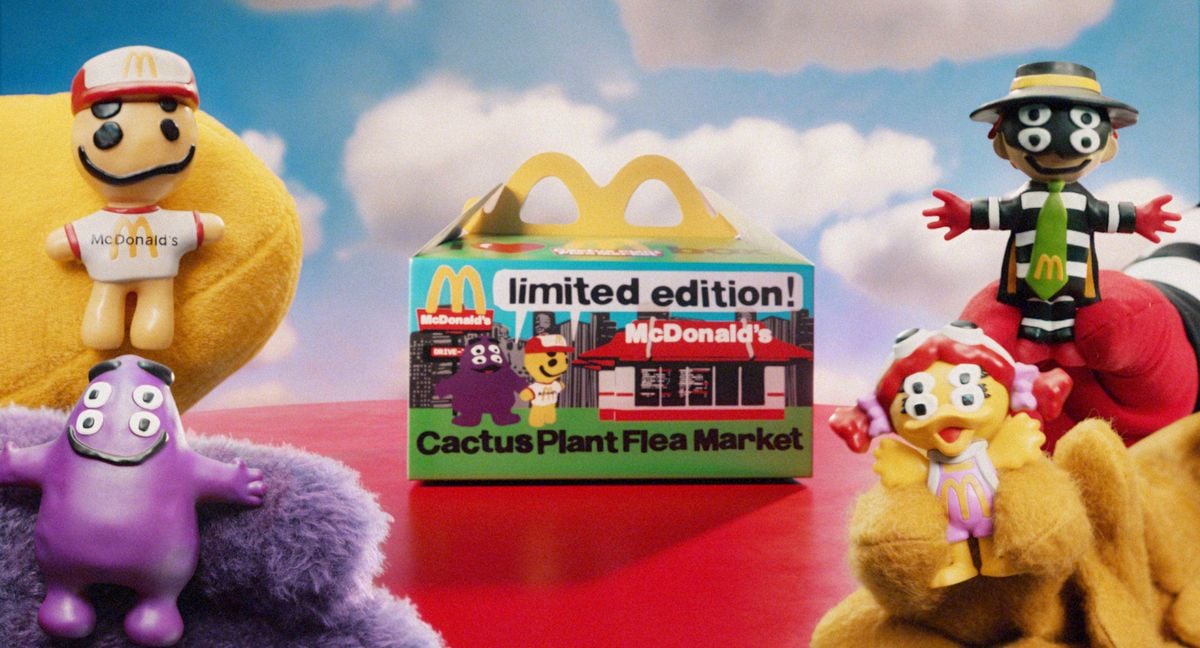 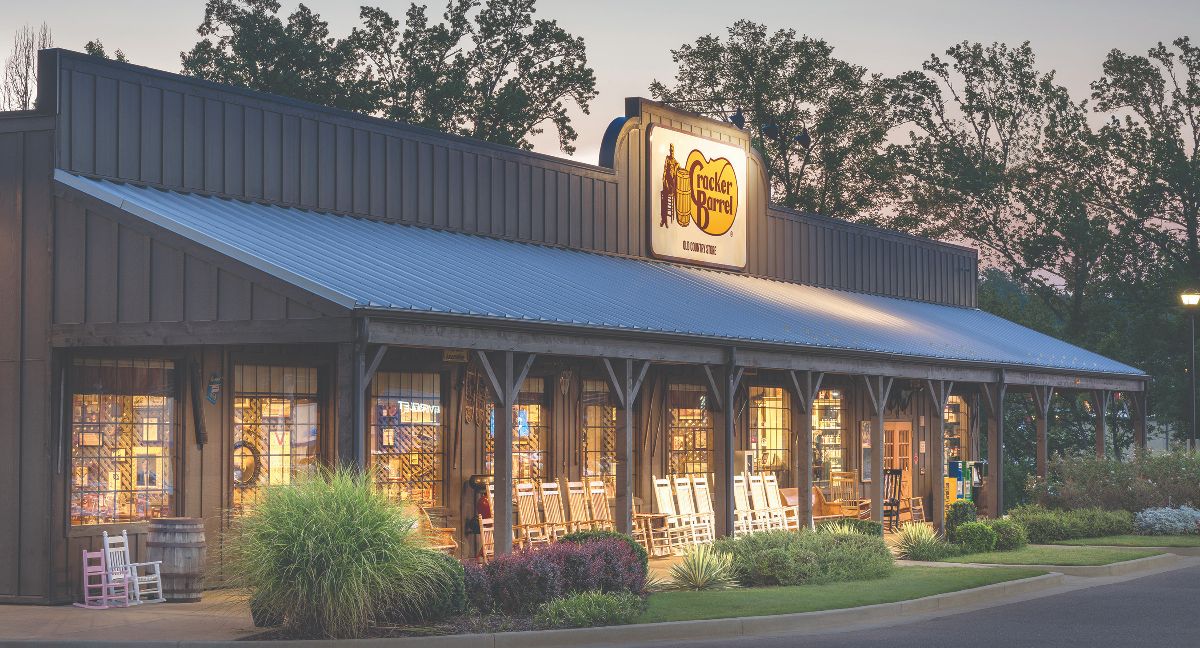 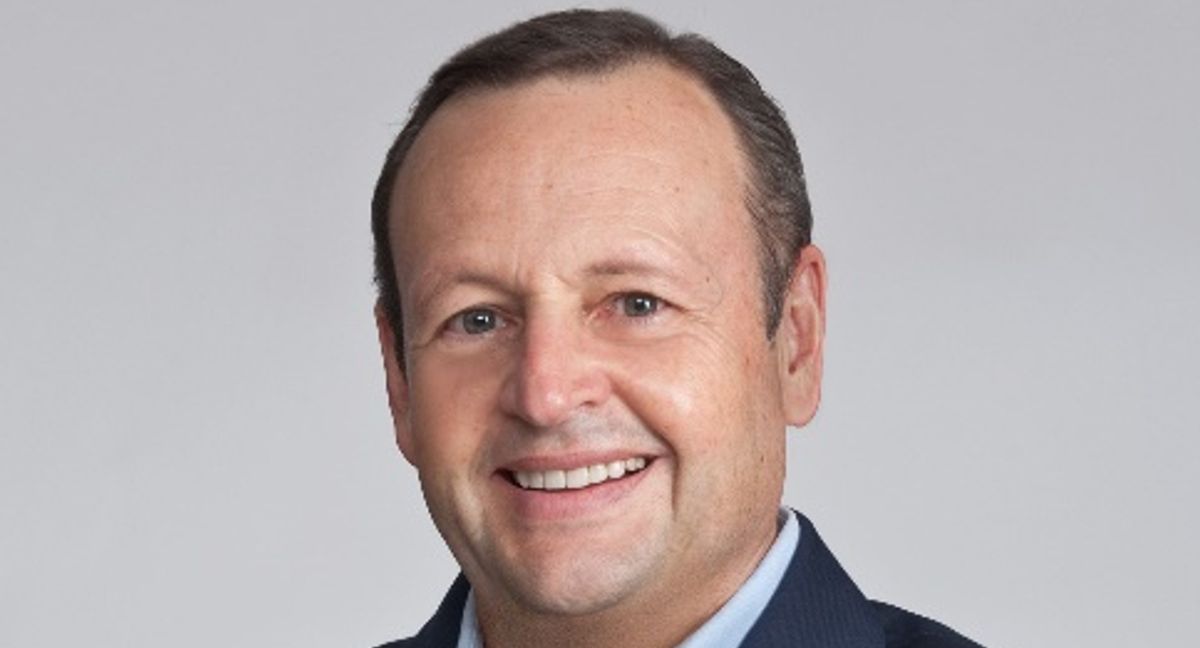 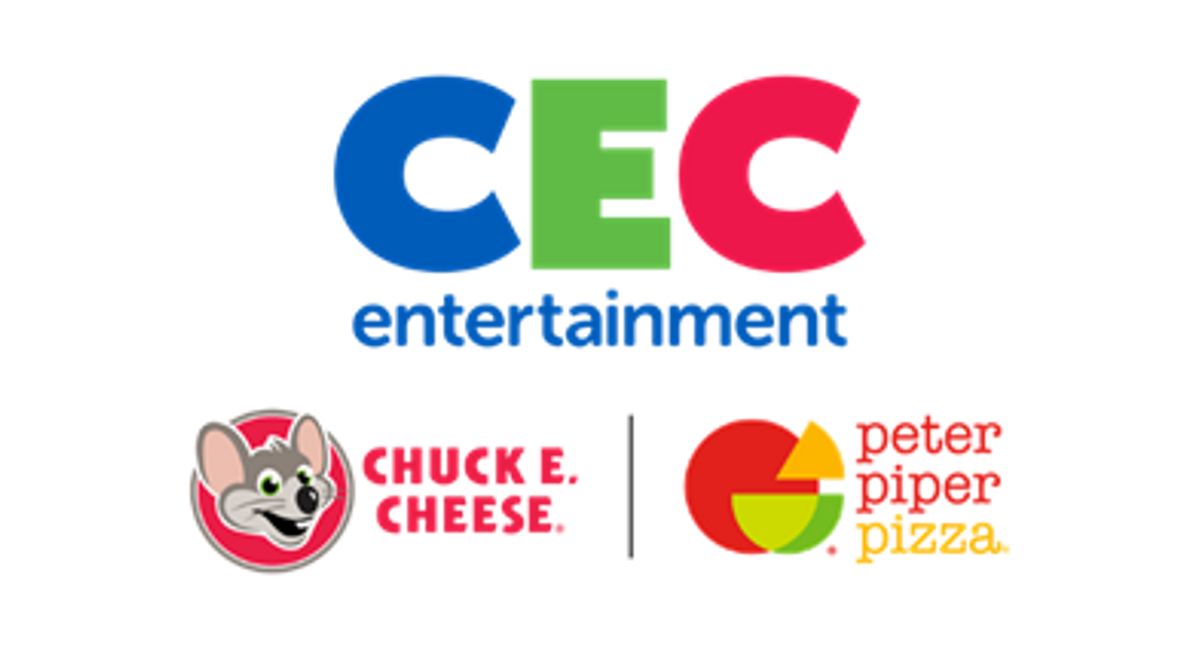 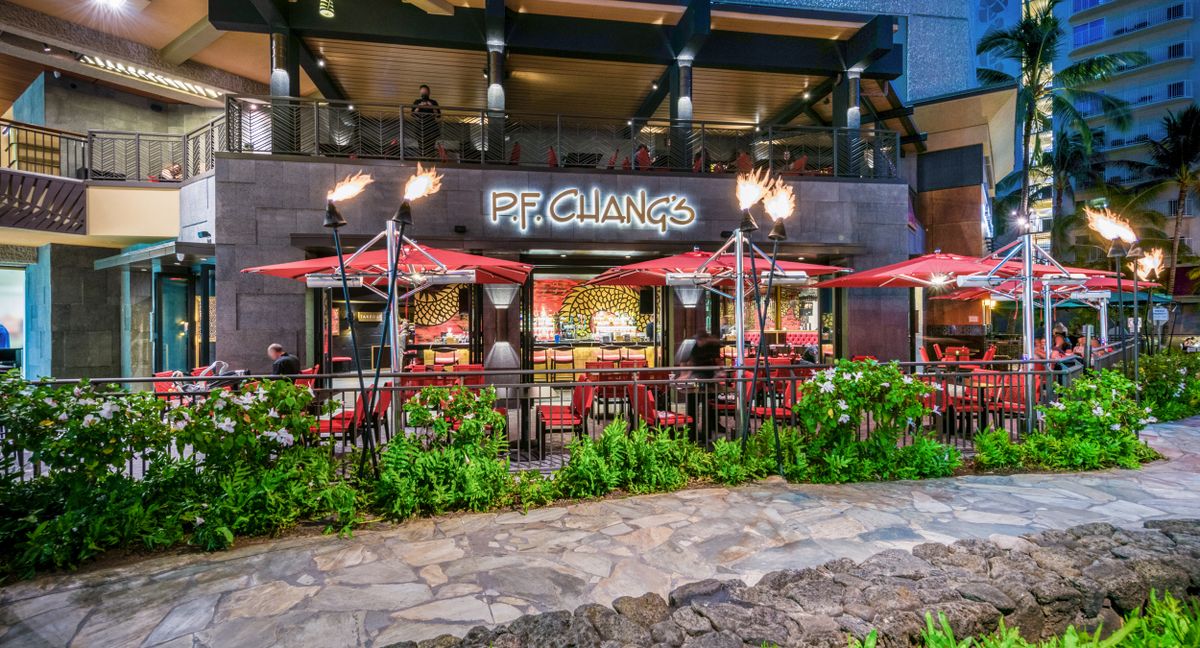 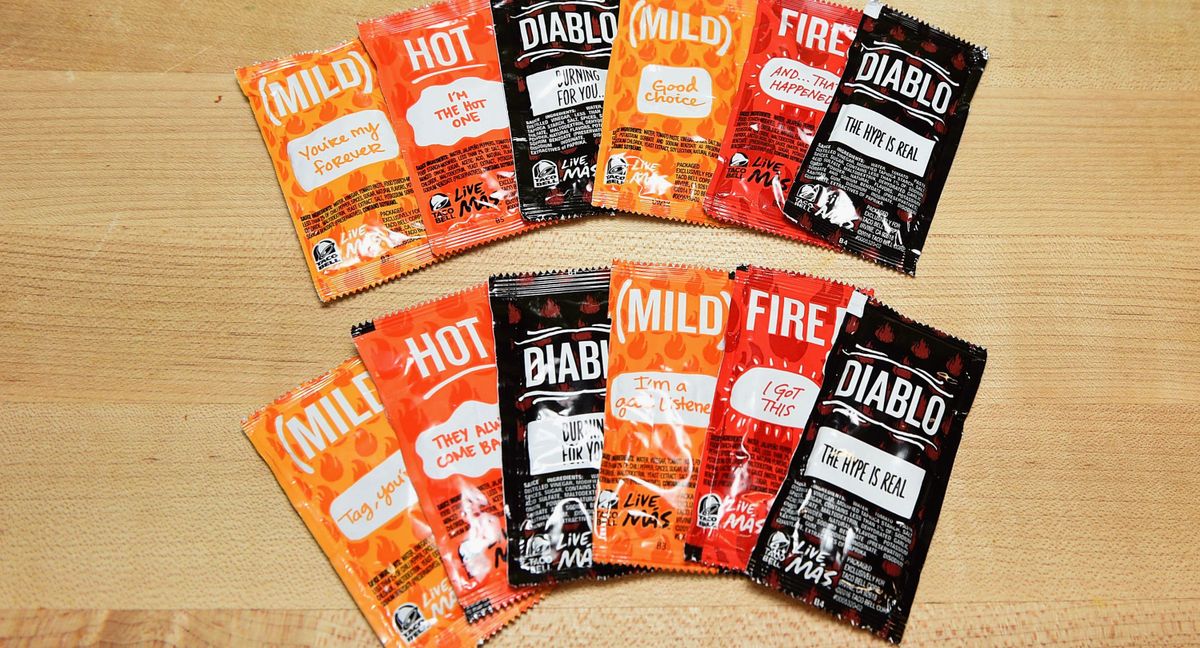