The London-based QSR's fresh, quality ingredients have pitted it against U.S. fast casuals, but the chain's founder wants to "reinvent McDonald's" so that it's healthy, sustainable and fun.

WASHINGTON — There's a new kind of British invasion afoot in Washington, and it's changing the way Americans think about fast food.

LEON, a London-based QSR with 71 restaurants in seven European countries, first staked its claim on U.S. soil in September 2018 with a single store in downtown. Since then, it launched two more locations in the D.C. area — its latest opened in November — with plans to grow LEON's American footprint to 15 stores by 2020.

Its mission? To make U.S. diners fall back in love with fast food, co-founder and CEO John Vincent told Restaurant Dive. But this time, with better ingredients.

"I want to reinvent McDonald's so that it tastes good, does you good and is kind to the planet," Vincent said. "For me, it's a whole different proposition from fast casual. … There's a fun element to it."

That sense of better-for-you whimsy is reflected on its menu, which includes fast food staples with a twist: french fries are baked, and chicken nuggets are breaded in gluten-free flour. Many items are Mediterranean-inspired, and its entire lineup of sandwiches, wraps, salads and grain-based boxes is under $10.

But this dedication to fresh ingredients and health-focused fare has pitted the chain against fast casuals rather than fast food joints in the U.S. market, Vincent said. And it's easy to see why — LEON doesn't look like a typical QSR.

Each store's design is unique and full of color, a departure from the minimalist metallic and wood-toned dining rooms that have become ubiquitous in major American restaurant chains.

The walls of its first D.C. store, for example, are adorned with framed childhood and family photos of Vincent and LEON USA president Glenn Edwards, along with murals of trumpet-playing female figures and a massive orange logo.

Its new I Street restaurant, located a block away from The Washington Post, includes designs from a local street artist and a LEON sign decoupaged from front-page Post stories about climate change.

The store model nixes a build-your-own queue line and customizable menu, a move that allows diners to enter and leave with their food in under three minutes.

It's also a format that's reflective of the QSR norm in London, where assembly lines are scarce outside of Chipotle franchises, Edwards told Restaurant Dive.

"We were nervous about people's expectations for customization [in America]," Edwards said. "But when we did taste panels, … we found personalization wasn't about choice. It was about freshness. [Diners] actually want to walk into a restaurant, order something … and get it fast."

The sentiment is shaping fast casual competitors, as well. Sweetgreen, for example, launched a new store format in New York in the fall that nixes its signature build-your-own salad line for self-order digital kiosks featuring pre-selected meals, in addition to customizable options. All of the store's ingredients are assembled back-of-house, rather than behind the counter.

The format could also ease stress for customers who feel pressured to order quickly because of the line behind them.

"We found personalization wasn't about choice. It was about freshness. [Diners] actually want to walk into a restaurant, order something ... and get it fast."

"The whole principle is that you're not walking down a single-file queue, and it's not only as fast as the person in front of you," Edwards said. "Someone can walk up and say 'Can I have some meatballs, please?' and the food will be handed to them at peak in less than 30 seconds."

LEON can process 12 orders per minute, Edwards said, because fresh-made meals are pre-assembled. He added that the model depressurizes employees, and staff members manning registers are freed up to chat with customers while they wait.

"The global average lunch break is 23 minutes," Edwards said. "[This model] gives people 10 minutes of their lunch break back. We get you your food faster so you can eat slower."

Aside from confusion over where its brand falls between American fast food and fast casual segments, there haven't been many cross-cultural hiccups since LEON made the journey across the pond.

LEON also opted to downplay the gut health benefits of its menu in the U.S. so as not to be pigeonholed and alienate diners who may not be familiar with the trend; in London it marks gut-friendly items with special symbols.

But beyond these differences, Vincent said the D.C. consumer is very similar to the London diner, and that's by design. While many international restaurant brands target New York City as their first American market, LEON found D.C.'s walkability and progressive culture was more closely connected to its home city.

"We did quite a lot of analysis, and I traveled around the country. I thought D.C. was very much into food … and quite open-minded about new concepts. Obviously you've had Cava, Sweetgreen and &pizza, which were welcomed as new concepts," Vincent said. "I didn't want to take a risk in coming to a place that was too distant from the way we do things in London."

Austin and Denver were also on the shortlist after analyzing local education levels, household income and barriers to entry like business tax and hourly wages, Edwards said, but these markets are dominated by stand-alone restaurants diners need to drive to — a model LEON wasn't ready for.

Now with three D.C stores under its belt, the chain is beginning construction on a restaurant in nearby Fairfax, Virginia, with three more locations in the pipeline.

"I thought D.C. was very much into food... and quite open-minded about new concepts... I didn't want to take a risk in coming to a place that was too distant from the way we do things in London."

"It doesn’t feel like we’re starting all over again, we're just taking an extension," Edwards said. "We think there is opportunity to expand in Maryland [and] Virginia. … Our thinking [about expansion] has totally changed. It’s not about the next big city. … It's about what sub-markets might be interesting to us."

In the next five years, Vincent aims to have LEON outposts in five D.C.-area cities and to be present in multiple channels, like ballparks and other event spaces. Eventually, he hopes to franchise across the country.

"When you franchise, some people feel that you're selling your soul to the devil. Our feeling is that we're partnering with like-minded people who love our brand as much as we do," Edwards said. "But if you franchise too soon, … the economics don't work and that could create tension, with the [franchisees] wanting to change the brand from what the brand is."

The company, which is backed by private equity and made the move to America after a $32.6 million cash infusion, is also wary of expanding too quickly on American soil — a mistake it said Starbucks made when it entered the U.K.

"They went in too hard, too fast, and didn’t allow the culture of the stores to manifest," Edwards said. "So we're mindful about … how fast we grow. We want to add enough [so] that there's brand strength and awareness, ... but we want to be local and welcomed as well."

"We don't want to just be a British business taking over the world," Edwards said.

Ultimately, Vincent hopes to achieve McDonald's-level ubiquity and be a "pervasive food brand" with a mission.

"We want to create a food movement that saves the human," Vincent said. "How can their be no compromise between sexy, fun, tasty and good? Surely if we can get a person on the moon, we can solve this problem." 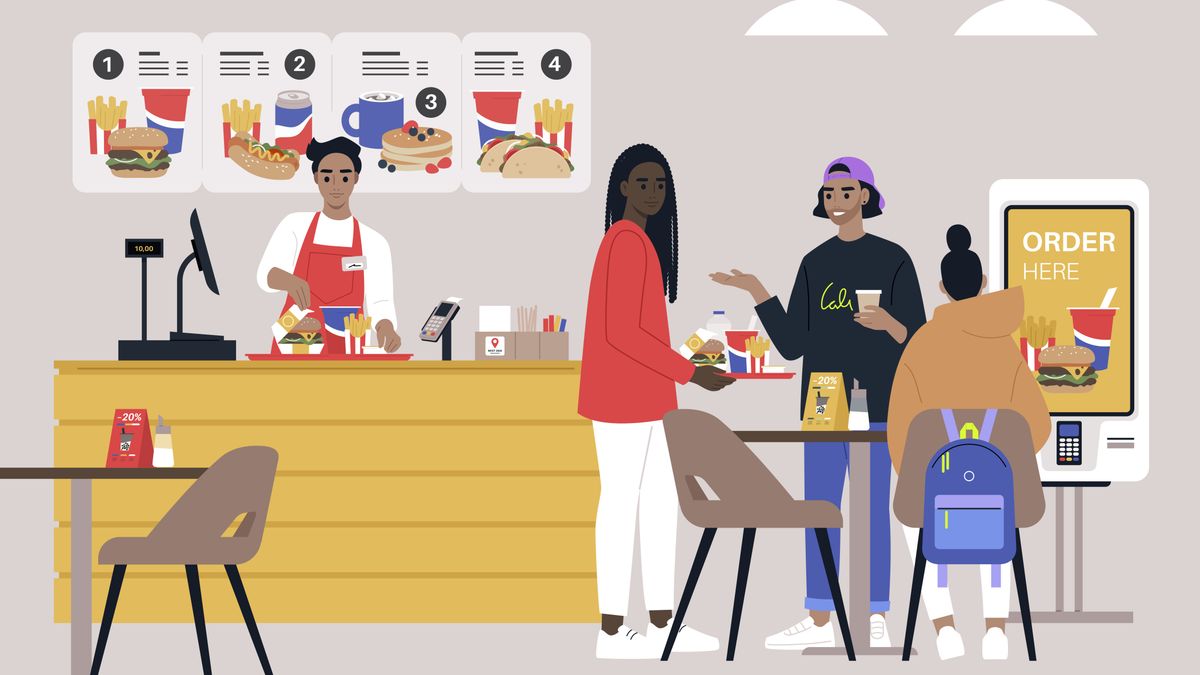 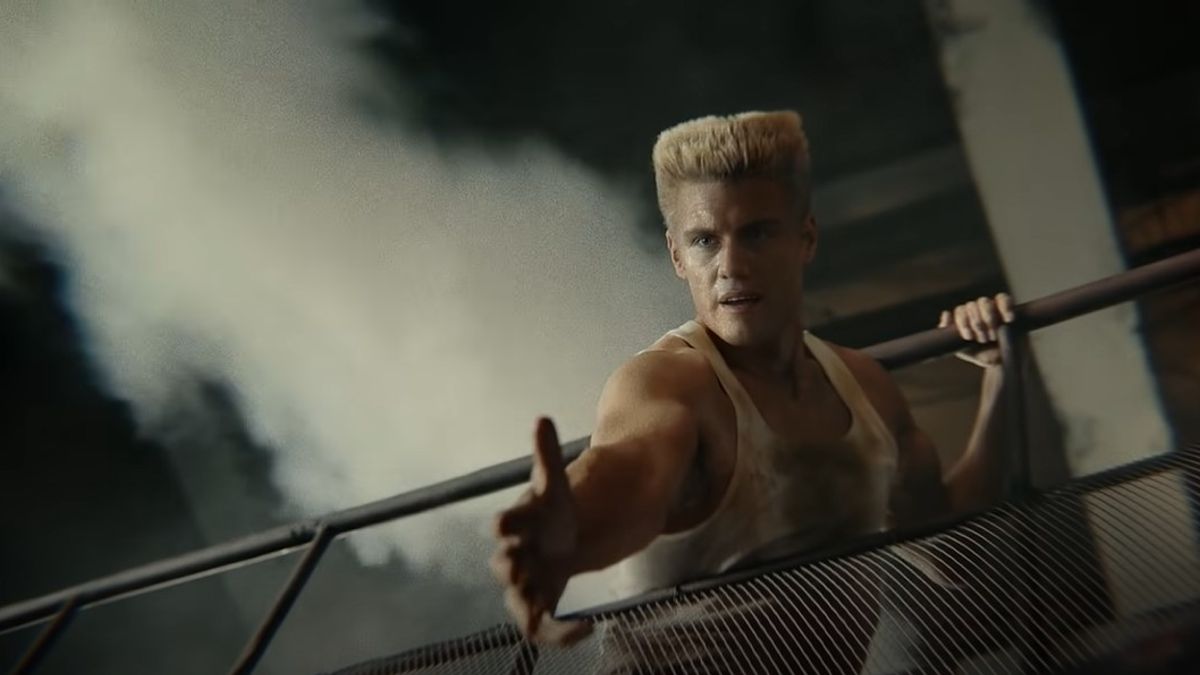