Lack of capital, legislative restrictions may impede franchisees in 2022

Despite these hurdles, there is still runway left for expansion, experts say, and competition for high-quality operators.

This article is the fourth and final in a four-part series exploring the boom in restaurant franchising over the past 22 months. The previous three articles can be viewed here.

As the restaurant industry hobbles toward the final months of a second pandemic year, many restaurant franchisors are still betting on strong growth in 2022.

That confidence isn't unfounded, experts say, given the significant gains healthy operators secured this year by taking advantage of COVID-19-induced market changes. Perhaps the biggest differentiator between the state of franchising in 2019 and 2021 is distrust of the corporate workplace, which has drawn a larger pool of first-time franchisees, Susan Grueneberg, a partner with Cozen O'Connor in its franchise practice, said.

"People are like … I'd rather trust myself and my ability to run a business, and a franchise seems like a logical way to go," Grueneberg said. "There has been pent up demand, I think, for buying franchises."

Keri McWilliams, franchise attorney and partner at Nixon Peabody, echoed this sentiment. She posits that more people are willing to roll the dice on franchise investments because they are impressed with surging diner demand and affordable real estate options, viewing pandemic disruption as "a temporary dip."

"If you're looking to get into a new industry, the perfect time to do that is when the price is lower because sometimes rent is cheaper," McWilliams said.

It's also easier than ever before for franchisors to partner with new franchisees thanks to the industry's shift away from in-person meetings and physical documentation, Grueneberg said.

"A real unexpected consequence of [the pandemic] has been the move to much more electronic communication. It's changed the way someone provides a disclosure document or obtains signatures. … DocuSign is much more widely used," she said.

States have developed online portals for franchisees to file documents and communicate electronically as well, and a national electronic depository system was developed that a growing number of states are participating in, Grueneberg said. This has lowered regulatory barriers for franchisees.

Occhiogrosso partially attributes this uptick in first-time franchisees and established operators that are hungry for new units to low interest rates.

"We have been focusing our clients on ratcheting up their financing options for franchisees, whether that’s making sure they’re registered on the SBA, making sure their Item 19s and their FDDs [franchise disclosure documents] are really buttoned up so bankers can really take a look at what the performance is," he said. "Money is as cheap as it's been probably in the last 50 years, if not more."

The past two years have also yielded opportunities for cheaper restaurant builds thanks to widespread diner interest — and in many cases preference — for off-premise eating occasions. As a result, franchisors have pivoted their store designs to smaller units with little or no dining space, making multi-unit deals more affordable for small and mid-sized franchisees.

"I think franchisees are going to gravitate toward concepts [that are] easier to operate, with fewer employees and lower food labor costs," Paul Tripodes, vice president of franchise development at Aloha Poke, said.

But far from all pandemic changes have been advantageous to restaurant franchising, and current challenges plaguing the industry are likely to spill over into 2022, if not worsen, experts predict.

One of the most pressing issues for restaurant franchisees? Access to capital in the absence of federal support, such as the Restaurant Revitalization Fund's empty coffers, argues Anthony Marks, partner and franchise team leader at Bryan Cave Leighton Paisner.

This likely won't be a concern for multi-brand, professional franchisees, Occhiogrosso said, but small to mid-sized franchise buyers could face new headwinds if the Federal Reserve begins to tighten interest rates and inflation rises.

"That will certainly slow the [franchise expansion] rate down," he said.

Occhiogrosso predicts the current surplus of quality restaurant real estate, brimming with second-generation storefronts left behind by closed restaurants, will also contract in 2022.

"A lot of developers aren't building things right now for a variety of reasons. The cost of materials is high, there's no tenants. ... [Developers] are certainly doing less than they were pre-pandemic," he said. "I think the cost of money and finding suitable locations will start to catch up with the rebound in the economy, and that will certainly inhibit the fast and furiousness that we've had in franchising the last year or so."

Disparate global recovery from COVID-19 could also change the landscape of the U.S. restaurant market, Grueneberg said. Restaurant companies in countries that are still struggling with vaccine rollouts may consider staking a claim in the American segment because development is being hampered at home, she predicted.

On the flip side, international franchise growth could be challenging for U.S. brands for as long as 2023 because of varying levels of pandemic impact, Grueneberg said.

On the homefront, restaurant franchisees could also soon contend with changing regulations around franchising, Marks cautions.

"There's a legislative overlay to all of this … from the federal government with the PRO Act," he said.

The Protecting the Right to Organize Act 2021 (PRO Act) includes a joint employer standard that bars franchisors from dictating franchisees’ relations with employees, but franchisees are then responsible for any labor violations that occur at their businesses. The bill was introduced in February and reviewed by the Senate in March, but no further actions have been taken.

"I think the cost of money and finding suitable locations will start to catch up with the rebound in the economy, and that will certainly inhibit the fast and furiousness that we've had in franchising the last year or so."

There is already new legislation brewing around franchising regulations at the state level. In California, for example, Assembly Bill 5 (AB5), which reclassifies millions of independent contractors as employees, took effect in January.

AB5 includes an ABC test, which defines if a worker is an employee or an independent contractor. This test also applies to the franchisor-franchisee relationship in deciding whether a restaurant is on the hook for the labor issues of its franchisees. There are concerns that AB5 could be used as a new standard for assessing a franchisor's joint employer liability — and that it would deem a franchisor responsible for a franchisee's infractions if the business relationship satisfies the ABC test, which would be the case in almost all franchise relationships, according to Franchise Law Solutions.

Dunkin Donuts Independent Franchise Owners Association filed a suit last fall, along with other franchise groups, against the state of California over the law due to these concerns.

"This could change franchising, or how it gets interpreted," Marks said of AB5. "Where [the] government may step in may further complicate a rebound."

The digitization of the franchise relationship could also be a stumbling block for small and medium-sized restaurant chains despite the convenient flexibility it brings, Grueneberg said.

"It can sometimes be very exhilarating and very easy to sell franchises, but getting them into operation and getting the businesses going and having the resources to assist the franchisee in doing that can sometimes get backed up, that's a real challenge I think for smaller systems," she said. "It's more of a challenge than ... technology is going to solve."

Flexible franchisees will weather the storm

Despite these hurdles, there is still some runway left for restaurant franchise expansion in the coming year, experts say. But franchisees will need to be discerning in which companies they partner with to guarantee longevity in a pandemic environment.

"Flexibility is what is going to determine what businesses succeed and fail over the next two years, three years, five years. It's going to be a challenging environment to operate [in] on a lot of different levels," McWilliams said. "It's going to be important for small and mid-sized franchisees to ensure they are generating reliable revenue that’s not based solely on in-person and sit-down dining."

On the franchisor side, Marks expects there to be competition for high-quality operators as restaurant companies plot their growth plans, mirroring the high rate of mergers and acquisitions in the restaurant space this year.

"There's a lot of confidence in franchising right now, and that's overall a positive thing," Grueneberg said. "I think [franchise growth] is going to continue and I don't think it’s only a matter of available real estate. I think there's a component in buying a franchise that's not always completely strategic, it's kind of an idea people really like. Hopefully [operators] have done all the research and found the right one, but the idea of being your own boss is a very attractive one." 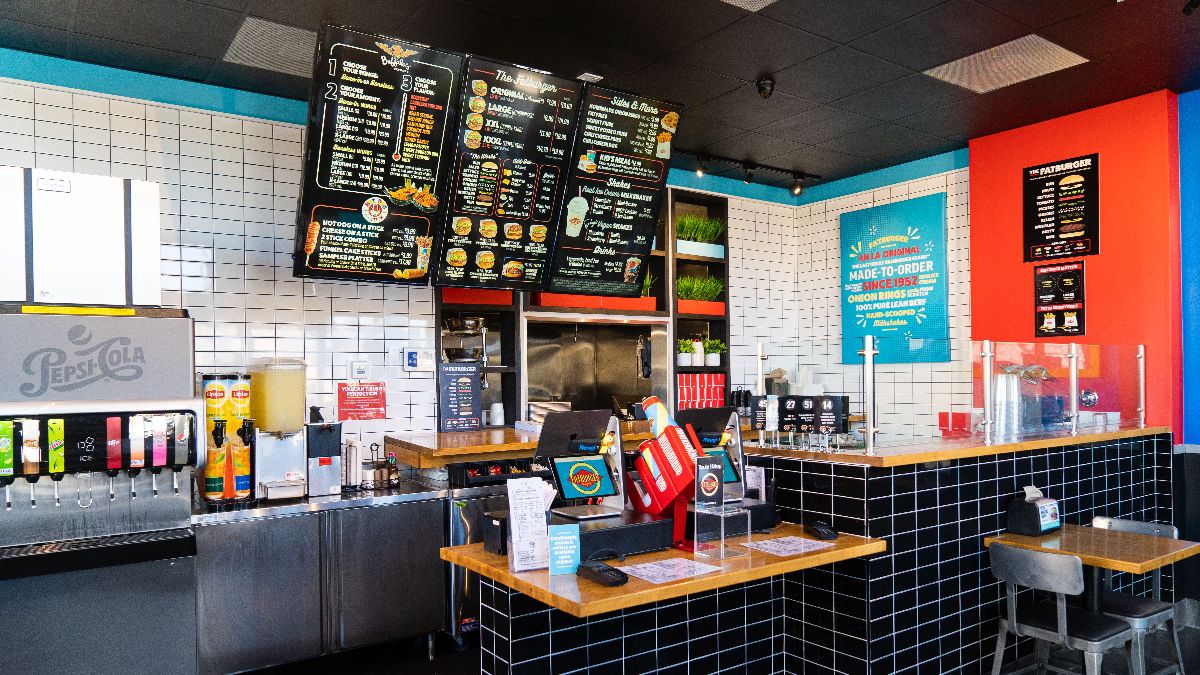 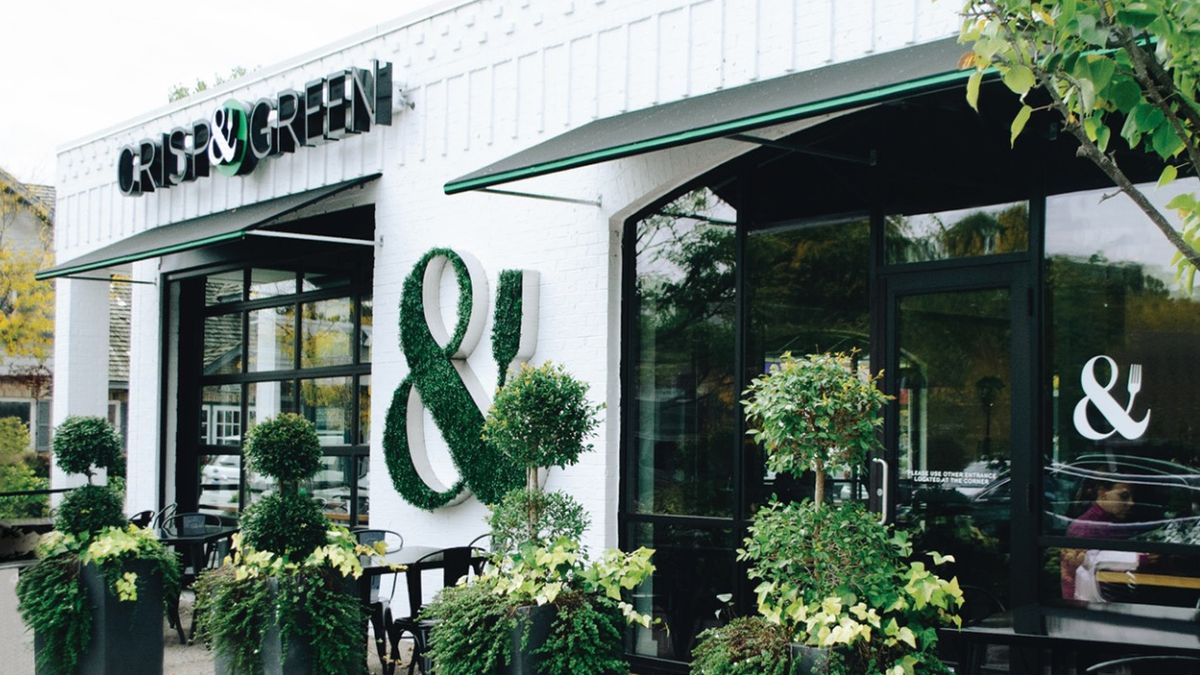 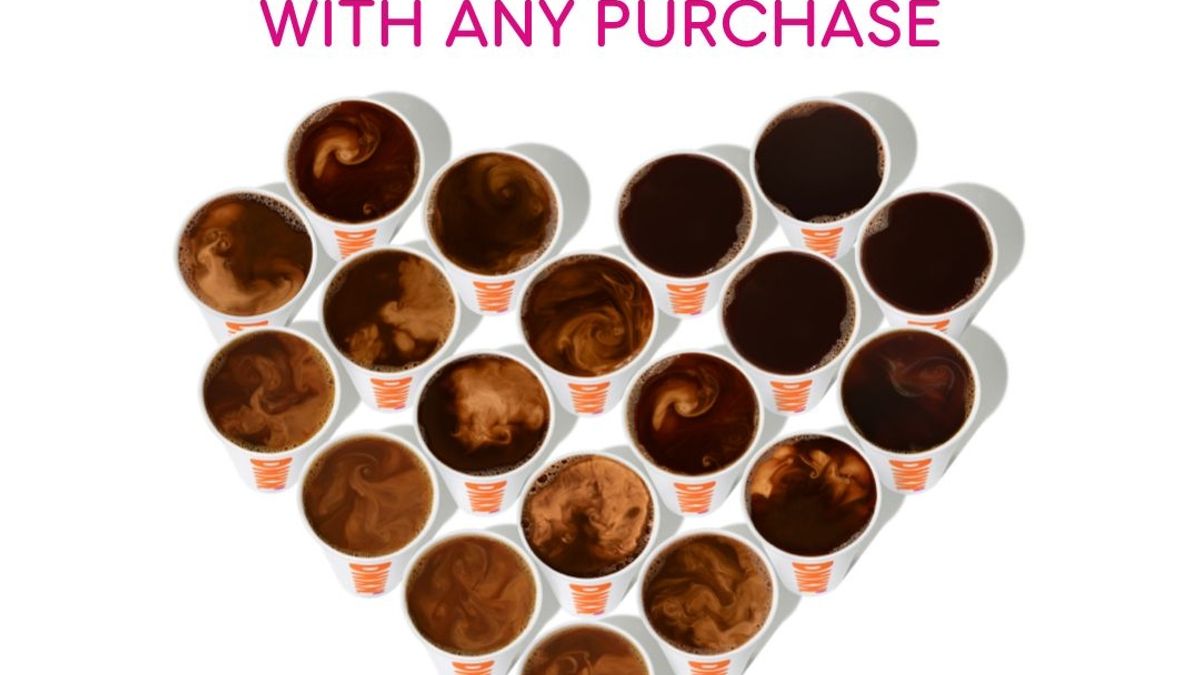