The solution to the labor shortage is not automation. It’s autonomy. 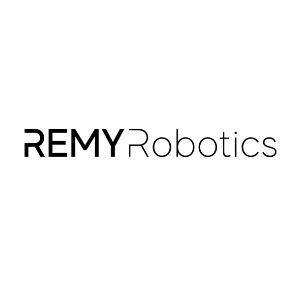 For the restaurant industry to future-proof against the ongoing labor shortage, it must first move the technology conversation beyond optimization and automation; to autonomy.

This is the landscape: the restaurant industry, and largely the food industry as a whole, is suffering a prolonged labor shortage with no end in sight. Technology offers a clear path to several solutions to that problem. Labor-optimization tech (such as smart kitchen equipment) streamlines current operations, limiting employee downtime and food waste. Single-process robotics, including robots like Flippy, automate a concise set of tasks to improve consistency. There are also vending machine-style systems like Picnic’s or Mezli’s, where automation goes a step further, but still remains constrained to the antiquated approach of automating through conveyor belt-based systems with little flexibility.

Finally, there’s autonomous robotics, in which cooking is performed automatically, without human assistance and with true menu versatility.

Of these solutions to the labor crisis, autonomous robotics is the most comprehensive, but the least discussed; perhaps because it still seems too futuristic, complicated, or far-fetched. When robotics is debated in today’s restaurant tech circles, it is nearly always in the context of “automation,” such as the aforementioned Flippy, or Sweetgreen’s upcoming deployment of the Spyce system it acquired.

The difference between “automation” and “autonomy”

Before we go any further, I think some concrete clarification is needed between the terms “automation” and “autonomy.” Put simply: “automation” is an automatic process that still requires oversight and sometimes assistance. For example: a potato-frying robot in a kitchen otherwise full of cooks, who take the fries from the potato robot, add them to the rest of the order and hand the bag off to the customer. More specifically, this would be a “single-process” automated solution.

An autonomous robotic process, however, is fully self-reliant. In an autonomous kitchen, that means an order comes in and then a robot prepares, cooks and packages the meal. There are no other staff in the kitchen — or the restaurant, if it is pickup or delivery-only.

Ultimately, automation is one step along the path to autonomy. But as a solution to the labor shortage, as automation is advertised today, it leaves much to be desired.

The limits of optimization and automation

Let’s be clear: labor optimization technology and simple automated solutions can certainly aid in improving a restaurant’s consistency, sustainability and quality. They are readily available and simpler to incorporate into existing operations.

However, both are inadequate long term solutions. They rely on, and attempt to augment, existing labor — a critical flaw. Automated solutions in particular require significant investment and infrastructure alterations, as well as nearly the same amount of labor to achieve a complete operation. That is hardly a lasting fix.

The truth is, as the labor pool continues to shrink, optimization and automation will reach an inevitable plateau in terms of efficacy. There comes a point where even with those tools, labor cannot keep pace with growth and neither solution will be able to support a business’s expansion. These diminishing returns are a ticking clock, relentlessly counting down even against inflation and recessive economic forces.

A comprehensive solution to the labor problem

Autonomous robotic solutions, on the other hand, are designed specifically to fill the gap left by the former restaurant industry workforce. They’re a replacement not for the labor that a company has today, but for the labor that no longer exists, today and tomorrow. By definition, autonomous kitchens require zero staff in order to function; they do not come with a ticking clock.

However, autonomous systems require more creativity and boldness from adoptees than simple single-task automation. Because robots are still far from being as flexible and adaptable as humans, simply slotting them into an existing kitchen was always a flawed proposition. To deploy a functional autonomous solution capable of handling the versatility of cooking, one must reconsider the entire cooking process from the robotic — not the human — perspective. We did that with our robots, and with our own restaurants. We have also helped other restaurants with this process of adaptation.

Today’s rising crop of autonomous robotics solutions, including ours at Remy, are built to accommodate menus from turn-and-burn fast food to complex international cuisine and even sushi. They are dependable, and able to flex to various layouts and restaurant formats. A restaurant interested in this solution must be willing to rethink their processes to center the robot. As intimidating as this sounds, it’s a very accessible path these days. Operators who are curious about autonomy can get the ball rolling by kicking off a pilot project with their innovation team to test the solutions on the market.

From kitchen optimization technology to simple automation to autonomy, all three existing technological solutions to the restaurant labor crisis have their merits. Legacy brands should consider adding autonomous restaurant models to their portfolio, and rising brands must recognize autonomous kitchens as a necessity for rapid expansion.

Autonomous robotics isn’t a futuristic solution of tomorrow; it’s a comprehensive solution for today. Restaurants that want to take future-proofing their operations seriously should be investigating autonomy now.

To learn more about our own autonomous solution at Remy, email us at [email protected].