Heat waves and snow storms can cripple sales for restaurants that rely on dine-in traffic, but delivery partnerships can help squeeze new growth opportunities out of inclement conditions.

While the Farmers Almanac’s prediction for a cold, snowy winter has proven true so far in many regions, restaurants have found a workaround to make sure their sales aren’t frozen out: delivery.

And while food delivery can be a godsend for both eateries and diners during cold snaps, it’s also beneficial during summer heat waves, when people often don’t want to cook over a hot stove. During these seasons of extremes, restaurants that rely on dine-in traffic can suffer sales slumps — or worse.

Storms are temporary, but the impact can be crippling

For Taco Bueno, 23 inches of rain in Texas last year led to a 20% decline in sales. Combined with a growing debt, those storms helped push the brand toward bankruptcy, according to Restaurant Business.

"Extreme weather is bound to have an impact on restaurants and their bottom line,” Illinois Restaurant Association CEO Sam Toia said in an emailed statement to Restaurant Dive.

During the recent polar vortex, more than 150 Chicago-area restaurants chose to temporarily close because they didn’t want their employees to endure the extreme cold to get to work, according to Nation’s Restaurant News. Local restaurants in Eastern Iowa told The Gazette that they had the worst January and first quarter since opening. Potbelly, which has a bulk of its chains in the upper Midwest and Mid-Atlantic regions, told investors during a February conference call, that its same-store sales have been slow so far this year with the polar vortex impacting about half of its stores.

"Extreme weather is bound to have an impact on restaurants and their bottom line."

For BJ’s Restaurants, weather impacted operations in several of its markets in the first seven weeks of the year. BJ’s Restaurants started the first quarter with strong sales momentum, but rains in California — as well as the polar vortex and extreme cold throughout the Midwest and East Coast and Washington State’s record snowfall — temporarily impacted sales, CEO Greg Levin said during a February earning call with investors.

During a weekend in February when snows hit Washington State and Oregon, comparable sales were down 40% compared to an average weekend, which is the company’s busiest time of the week, he said. While it is difficult to pinpoint the weather’s exact impact on comp sales since temperature and precipitation changes were widespread, the company was in the positive 2% to 4% range on non-rainy days in California.

But the restaurant chain has a lifeline in delivery and off-premise, which now represents 9.5% in revenue. It offers delivery through third-party providers and has been growing its off-premise operations with plans to test additional technologies related to ordering, payment, pickup  and delivery.

For restaurants without their own proprietary delivery systems, third-party platforms can be a lifeline amid harsh conditions.

Uber Eats, for example, leverages logistics data developed with parent company Uber to provide data on traffic, weather and live metrics to provide reliable delivery services for its restaurant partners, Yesim Koman, head of marketplace operations for the U.S. and Canada, told Restaurant Dive. It has a number of agents watching its markets to provide information to delivery partners on the overall conditions.

“As much as it is an opportunity for restaurants to grow, it’s also a challenge to provide reliable delivery service,” Yesim Koman, Uber Eats head of marketplace operations for the U.S. and Canada, told Restaurant Dive.

Sometimes the data will lead to the company shutting down operations depending on the market. Before a February freak snowstorm in Seattle, which dropped over 14 inches of snow, Uber Eats halted services a few hours prior since this weather is unusual for Seattle, Koman said. The company began offering delivery again when conditions improved and it had enough drivers willing to go outside, she said.

But during the polar vortex in late January, when temperatures plummeted well below zero, it still maintained delivery in markets like Detroit.

“While not everybody will venture outside, we still saw a healthy number of delivery partners willing to travel in those conditions,” Koman said. “The reason they do that is it takes extra effort to deliver food on those days and they are recognized for it.”

Oftentimes that means larger tips. During a snowstorm in 2015, New Yorkers tipped Grubhub delivery drivers 9% more than the average, while tips rose in Chicago by 12% during a storm. During the 2014 Polar Vortex, tips were up 15% in Detroit and Minneapolis, according to CNN.

“As much as it is an opportunity for restaurants to grow, it’s also a challenge to provide reliable delivery service.”

Head of marketplace operations for the U.S. and Canada, Uber Eats

Bite Squad saw an uptick in orders in Iowa during the recent temperature drop. On a cold Monday in January, deliveries were up 12% compared to an average Monday. The weather can also impact the pace of orders. Whereas on a typical day delivery slows down in between lunch and dinner, on a cold day deliveries tend to be steady throughout the day. Bite Squad told WAOW that there is typically a 21% increase in hot food orders during frigid weather and orders for any food that includes the word “cold” fall by 42%.

Pizza delivery also ticks up during storms. A Wisconsin pizzeria, Gallagher's Pizza, told NBC Green Bay that sales rise 30% to 40% during snow storms. Following a blizzard in New York in 2015, Grubhub reported a 135% increase in cheese pizza orders and a 134% increase in pepperoni pizza orders compared to a typical Monday.

Even though delivering during extreme weather can be challenging, it seems clear that restaurants can benefit and keep sales growing even when traffic slows.

“Having been a veteran of running pizza delivery businesses early in my career in Southern California rain, rain is good for delivery,” BJ’s President and CFO Greg Trojan said during a February call with investors. 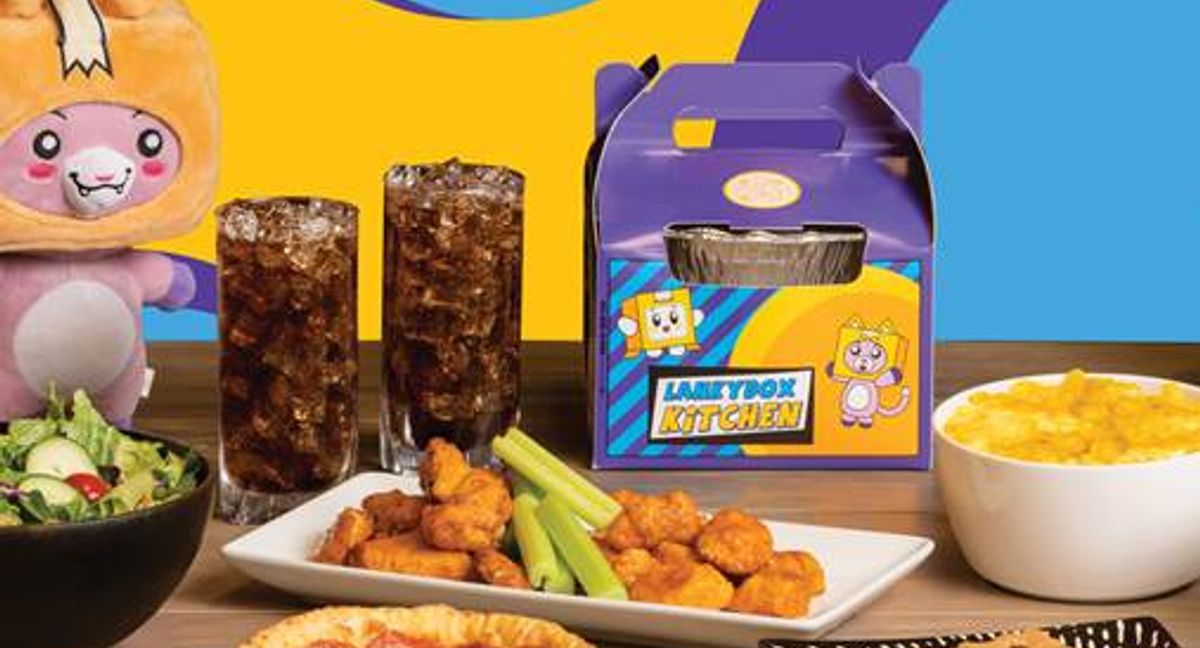 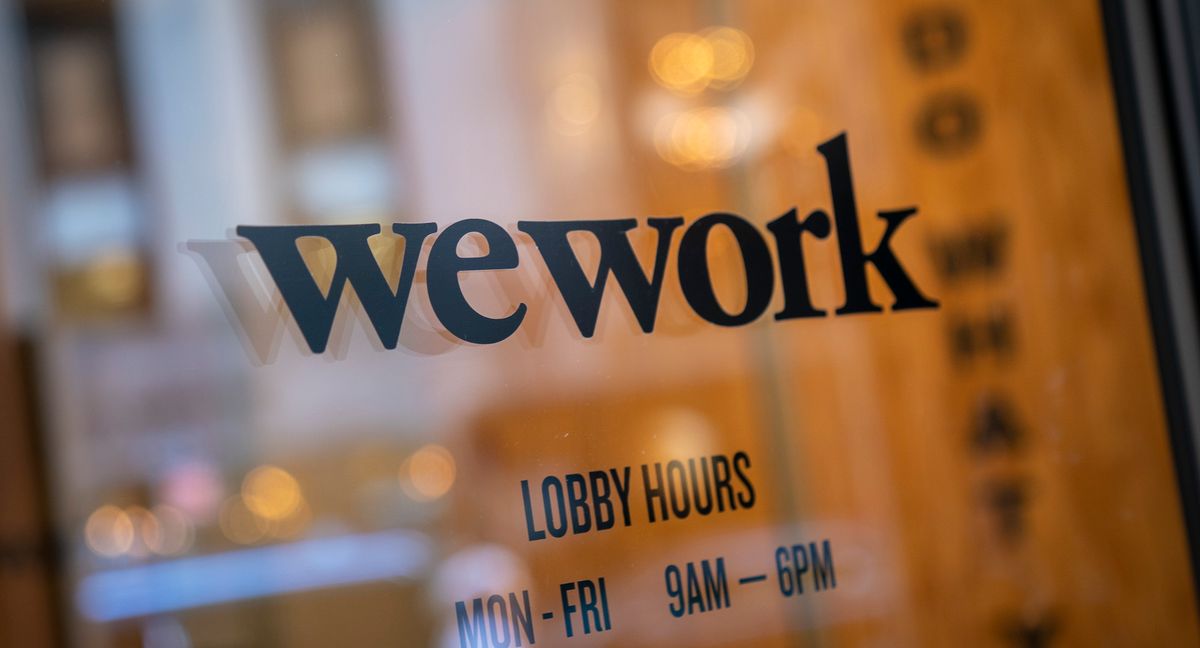 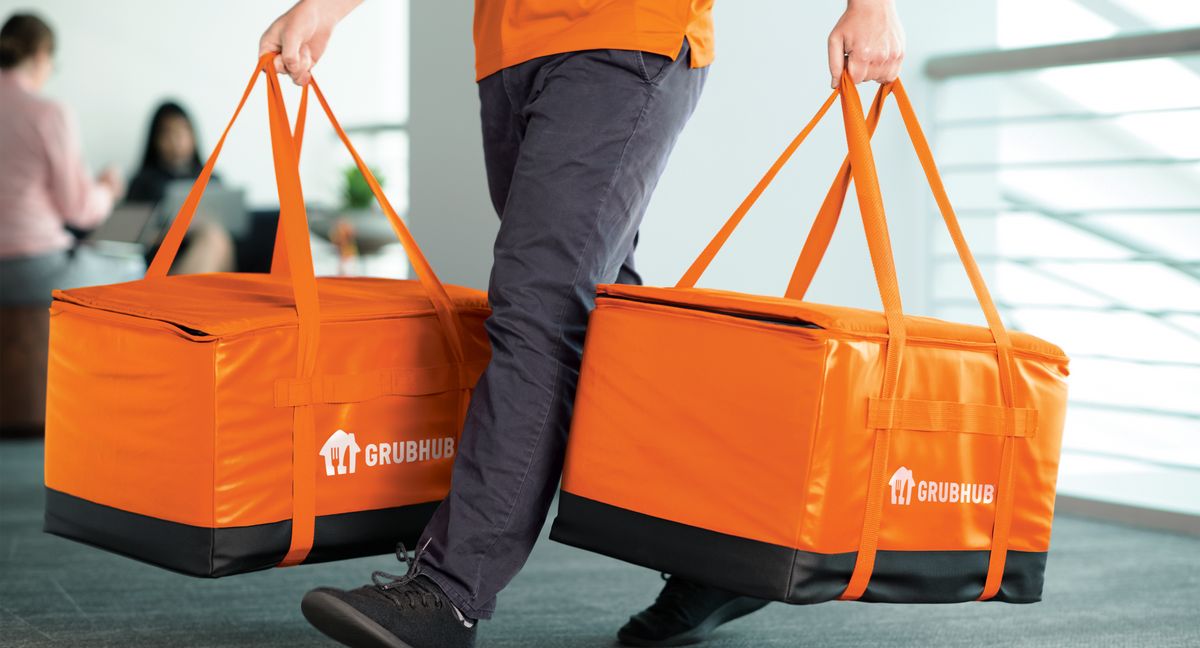 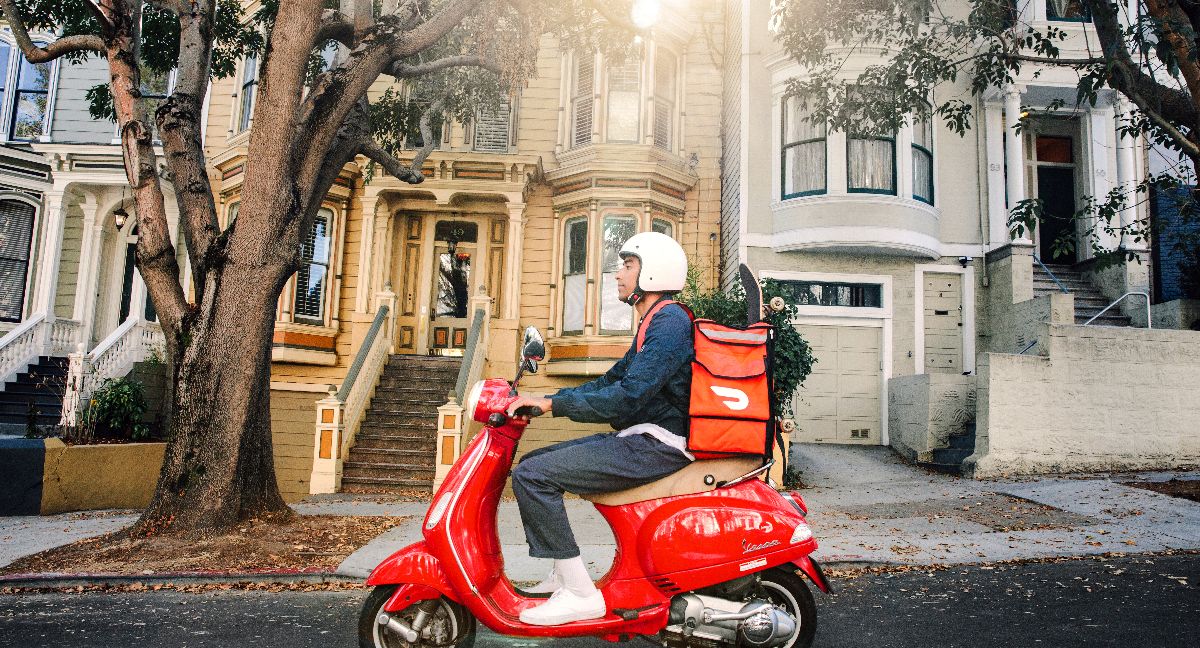 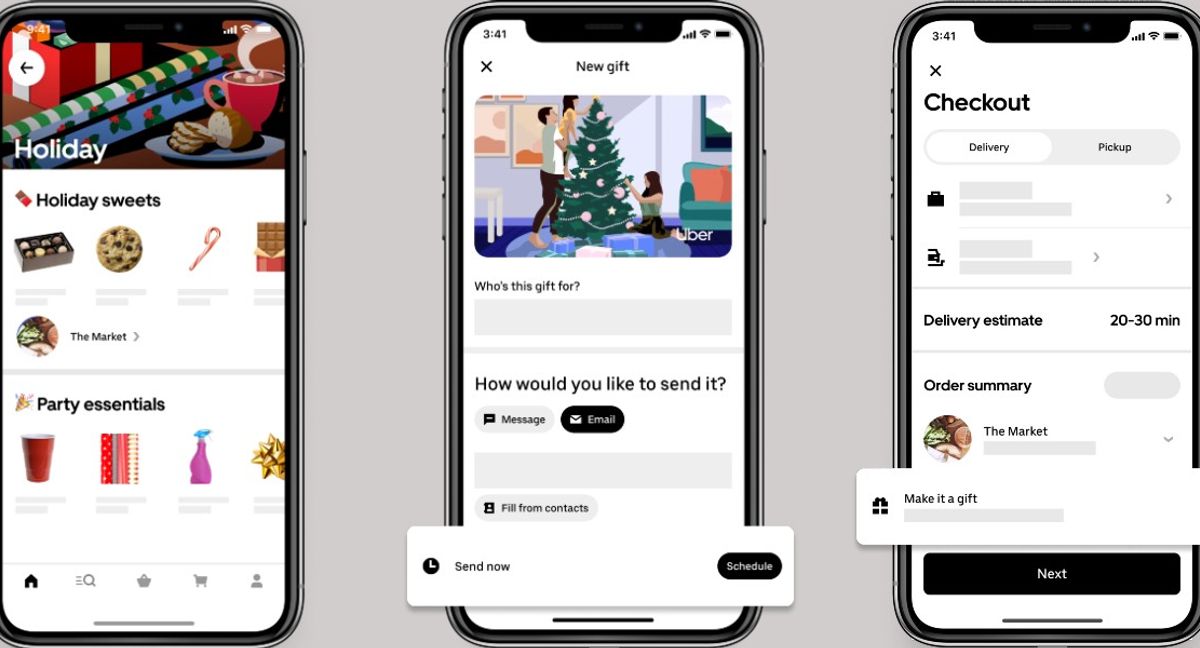 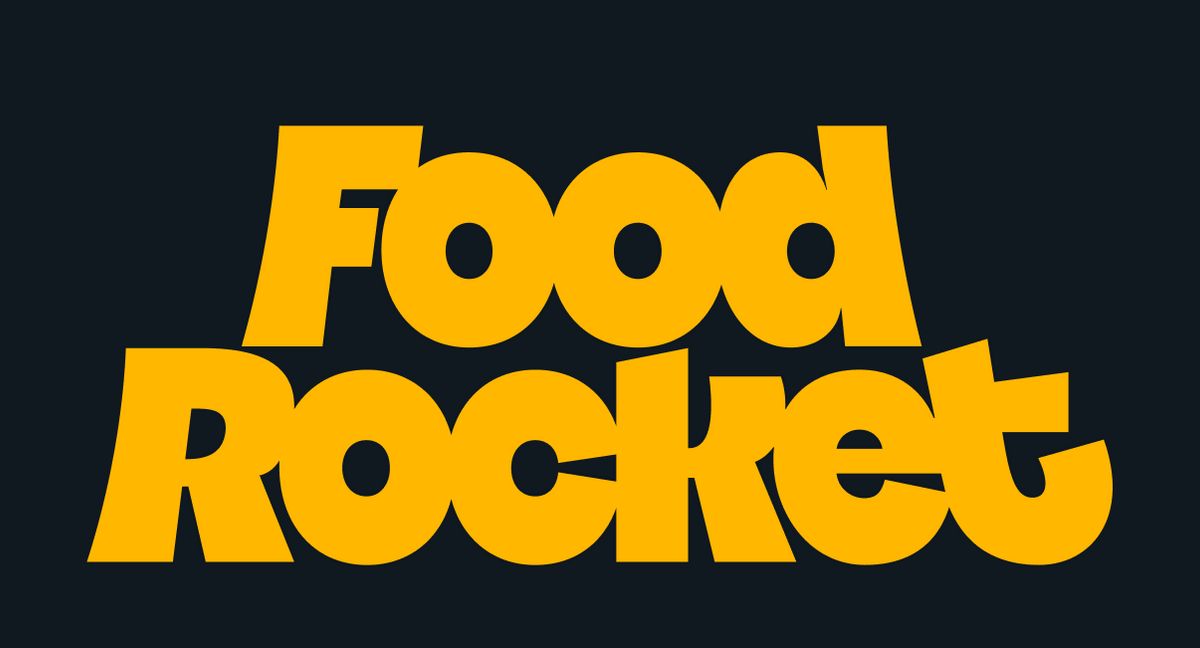 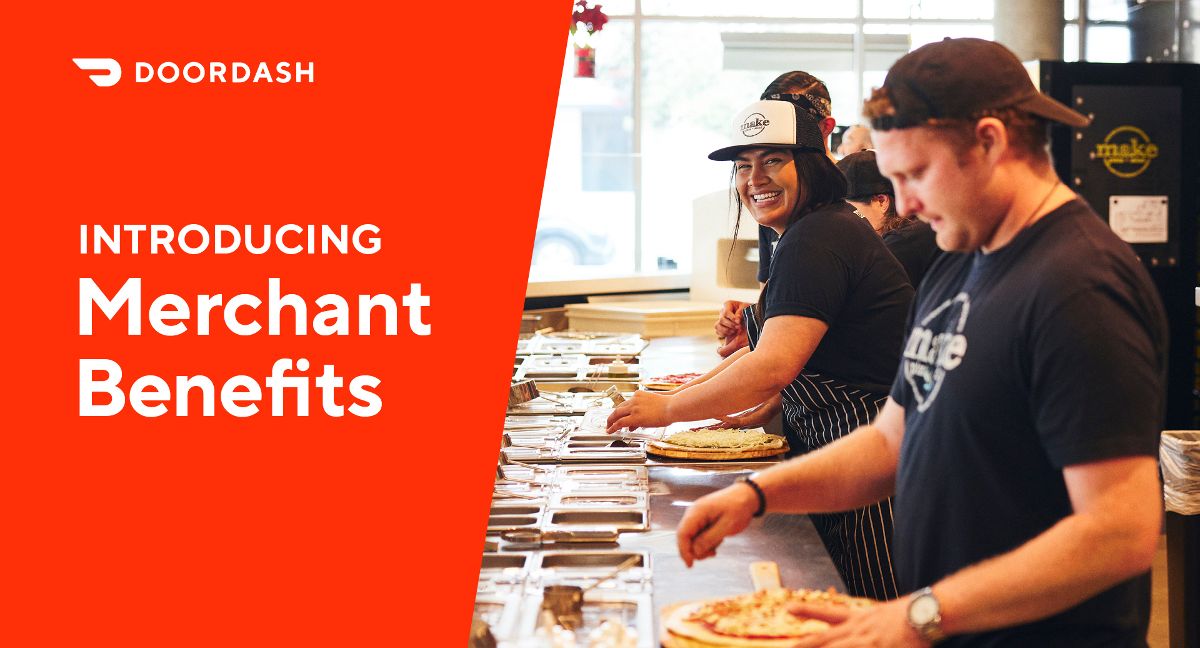 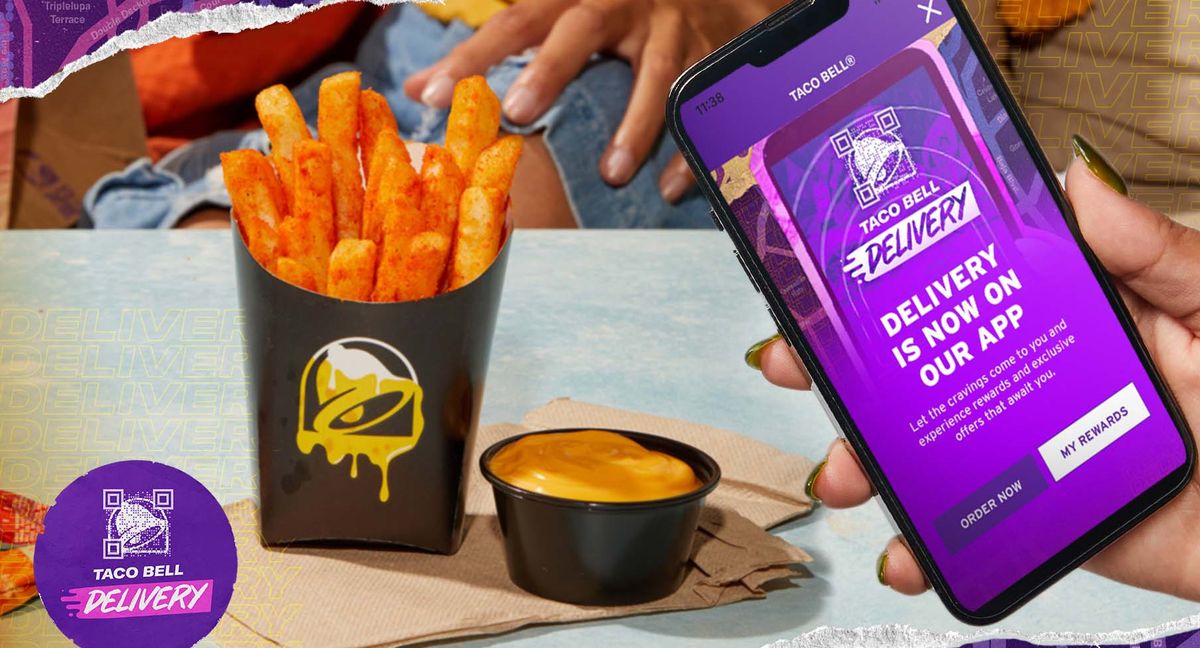