Are off-premise channels a silver bullet for the casual dining segment?

Restaurants have experienced declining sales for the past decade, but delivery, catering and carryout are yielding positive results for major chains.

Casual dining's downward spiral has been a narrative that's dominated the restaurant industry for about a decade.

According to Restaurant Business, sales trends at segment leaders such as Ruby Tuesday's and Applebee's began to slip around 2006 and have continued to decline since. Coincidentally, that's about the same time the auspicious fast casual segment emerged.

In 2017, this trend came to a head when the casual dining segment's footprint shrunk for the first time, dropping by 1.5%, according to Technomic data. Ignite Restaurant Group (parent company of Joe's Crab Shack) and Romano's Macaroni Grill filed for bankruptcy the same year, while Applebee's, IHOP and Outback Steakhouse have significantly pared down their systems.

Simply put, things have been dismal in the casual dining space, and analysts and investors have questioned whether or not this trend is reversible, especially as younger consumers favor speed, convenience and value.

But more recent performance suggest that the pendulum may be swinging in a positive direction for casual dining. The silver bullet causing this growth? Off-premise business, including delivery, carryout and catering.

Casual chains are starting to leverage consumers' growing demand to get their food whenever they want and wherever they are. Consider delivery, for example. Despite stagnation in the U.S. restaurant industry, foodservice delivery posted sizable gains in both visits and sales between 2013 and 2018, according to The NPD Group. That 20% increase in delivery sales and 10% gain in delivery foodservice visits were been supported in large part by the growth of digital ordering.

"Delivery has become a need to have and no longer a nice to have in the restaurant industry," said Warren Solochek, NPD's senior vice president of industry relations, in a press release. "Restaurants need delivery in today's environment in order to gain and maintain share. It has become a consumer expectation."

Delivery is just one piece of a much bigger puzzle, however. Off-premise sales overall are estimated to account for nearly 50% of restaurant sales by 2023, or $209 billion, according to the 2018 Takeout, Delivery and Catering Study conducted by CHD Expert.

Casual dining has been losing share to limited-service fast casual and quick-service chains for years, simply unable to compete on speed and convenience. Off-premise business — facilitated through technology investments — levels the playing field for speed and convenience, and nearly every major casual chain is implementing these channels with mostly positive results so far.

During Dine Brands Global's second-quarter earnings call for 2018, for example, Applebee’s president John Cywinski said the company had experienced its best sustained performance in more than 10 years and was stealing share from competitors while outperforming all segments on both traffic and sales. He attributed off-premise as a major driver of this success — to-go sales, specifically, grew by 31% during Q2 2018. Delivery was offered in more than 500 Applebee’s restaurants as of Q2 2018.

"Also, on delivery, we believe it's simply a transaction with the guest. We try to build a relationship with them and that's hard to do through delivery."

These impressive metrics extend beyond Dine Brands Global. Olive Garden's off-premise channels represented about 14% of total sales at the brand as of 2018, while Brinker International — parent company of Chili's — experienced double-digit increases in traffic and sales from its off-premise channels. Brinker CEO Wyman Roberts said the company's strategy to elevate its technology platform to improve its to-go business is working, according to the company's Q2 2018 earnings call. Delivery was a small component of the business at this point, but the company leaned "more aggressively into delivery" throughout the fiscal year.

The story goes on while the numbers go up. But not every casual dining chain is going all-in on this new path to growth. During Texas Roadhouse's Q2 2018 call, CEO Kent Taylor said that while the company was paying attention to the different trends in the industry, "we kind of do it the old-fashioned way." Notably, Texas Roadhouse's comp sales were still up nearly 6% in Q2 2018, including traffic growth of 4.3%.

"We don't franchise, we don't do national advertising. We have butchers on site. We also sell experience, with our bread, line dancing, music, peanuts. We just don't think you get that same experience from delivery," Doster told Restaurant Dive. "We also don’t think steak travels particularly well and we don't want our food to become a commodity."

Doster added that Texas Roadhouse also considers itself to be a value concept, and delivery muddies that approach.

"If you look at a lot of these deliveries, the price jumps at least 15% and suddenly it's not as much of a value anymore," he said. "Also, on delivery, we believe it's simply a transaction with the guest. We try to build a relationship with them and that's hard to do through delivery.”

That doesn't mean Texas Roadhouse isn't subscribing to off-premise all together. The company grew its carryout business, which was up to about 6% of total sales as of 2018.

"We're not actively pushing carryout, but it has grown and it is convenience-driven," Doster said.

Since Texas Roadhouse heavily relies on the in-store experience, the old-fashioned way may work for that brand specifically, but it's unlikely to translate across the intensely competitive food space — particularly as consumers' dining habits change.

"Technology has changed the ways consumers engage with brands, including their dining behaviors. If brands are not driving sales through catering, carryout and delivery, they are missing out on revenue," Jennifer Crawford, director of off-premise sales at Fazoli's, told Restaurant Dive. "Delivery and technology are key drivers to the stay-at-home economy."

"Technology has changed the ways consumers engage with brands, including their dining behaviors. If brands are not driving sales through catering, carryout and delivery, they are missing out on revenue."

Between 2016 and 2018, dine-in traffic declined or remained flat across the industry, Crawford added. Fazoli's responded to this shift in consumer behavior by investing more in its off-premise business. Consequently, 2018 sales through these channels rose 18.5% over 2017 for the company.

Not only are we in a new consumer-driven, stay-at-home economy, we’re also solidly in the next generation of the restaurant marketplace, where brands are realizing they can centralize their operations around takeout, delivery and catering, according to Erle Dardick, CEO of MonkeyMedia Software.

"It's an incredible time to be in the food business. The only way forward is to take control of your off-premise operations," he told Restaurant Dive.

Catering, Dardick added, is one way to differentiate and add value. Brands can create a specific menu for catering, for example, such as a burger bar, which is what Red Robin has done.

"It's an incredible time to be in the food business. The only way forward is to take control of your off-premise operations."

"They've differentiated. If you cater through them, a burger bar is the only thing you can get and the kitchens aren't overwhelmed and the solution is brought out into the community where they can create a direct-to-consumer business. That relationship is critical now," Dardick said of Red Robin.

Sixteen percent of all off-premise orders are for catering, with 12% of those orders coming from businesses, 2018 CHD Expert study said. Casual dining chains, including Olive Garden, are leveraging higher demand for catering.

“We like that [catering] business. And it's been very well received by the consumer set,” Gene Lee, CEO of Olive Garden's parent company Darden Restaurants, said during a 2018 earnings call.

Off-premise is here to stay

What is perhaps most exciting for the casual dining segment is that it's on the ground floor for off-premise. Casual chains are mastering to-go/carryout and many have also offered catering for quite some time. But delivery is especially new, and growth is certain to keep rising as chains work out the kinks and figure out how to seamlessly implement delivery within their systems. Lee outlined some of those kinks during Darden's Q2 2018 call: "How do we ensure that these delivery services will enhance our brands? Can it be flawlessly executed for our guests and our team? Can we create sustainable incremental growth at scale that's additive to our company? Can we agree on viable economics? Can we ensure we own the data?"

One company that has many of these questions answered already is Fat Brands. CEO Andy Wiederhorn said the company, which began delivery with Uber Eats in 2015, experienced close to 15% of orders via that channel as of 2018.

Still, he added restaurant companies have a long way to go to meet modern consumers' needs, whether through delivery or somewhere else.

"Consumers are busier. Their lifestyles have changed. They want to stay home and watch Netflix," he told Restaurant Dive. This is why he predicted delivery specifically will have a major impact on the casual dining segment.

"People like home-cooked meals and variety, but not everyone wants to go sit for an hour for a casual dining meal. Maybe fine dining, but not casual," Wiederhorn said. "If you could have a casual meal delivered, however, that is a win because it's more fulfilling than a fast casual or QSR meal. Delivery isn't going away and there is a lot of room to grow for casual brands.” 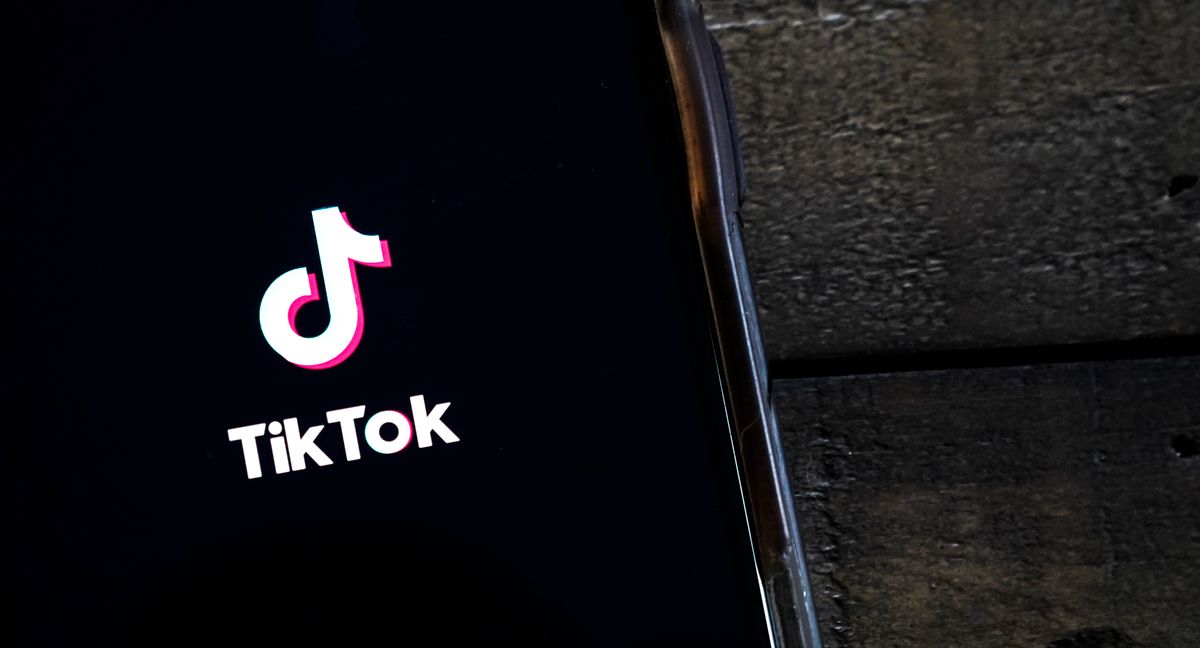 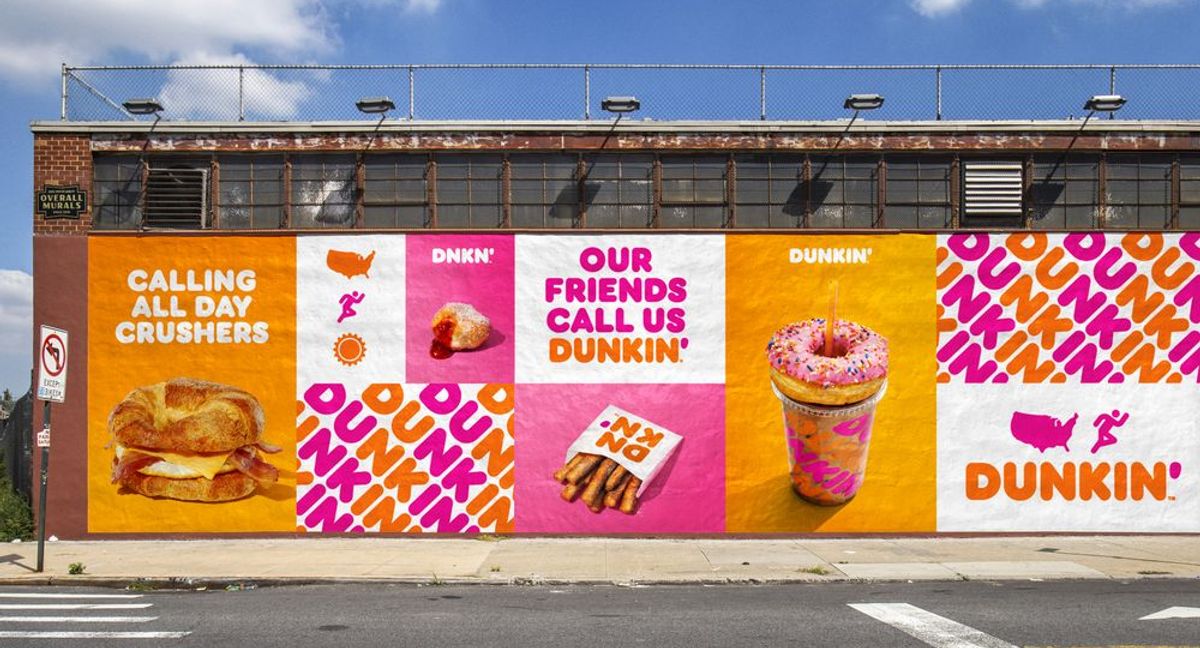